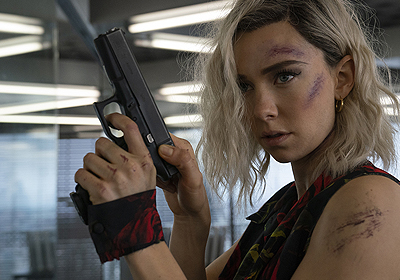 Directed by David Leitch, the latest entry in the hugely popular Fast & Furious franchise, Fast & Furious: Hobbs & Shaw is without a doubt fun, engaging and doesn’t hold back when it comes to the action, the plot is easy to follow and keeps you engaged with what the characters are doing.

At this point, we are nine films deep into this franchise, so if you don't know what you are in for by now, then you never will. After setting the stage with a covert mission, that finds Hattie Shaw (Vanessa Kirby) framed by Idris Elba's Brixton, the film opens with a montage of the titular Hobbs & Shaw (Dwayne Johnson and Jason Statham respectively) which showcases their polar opposite styles.

Action wise, Hobbs & Shaw is flawless, you feel every punch and every car smash, there are less car centred scenes in Hobbs & Shaw but I don't think that's a bad thing, because whist it is connected to the Fast & Furious franchise, it has its own identity.

Whilst Johnson and Statham have impeccable chemistry, pairing these two together for a spin off was just genius, the stand out for me was Kirby, she gives as good as she gets, getting in on the action with a formidable presence on screen, my worry was that they'd use her as the MacGuffin for the film and either kill her off quickly or "fridge" her whilst the men do the heavy lifting. Thankfully, neither is the case; she is somewhat the MacGuffin which is necessary for the story.

A visual spectacle, Hobbs & Shaw pops on screen in glorious IMAX, taking full advantage of the format; not just with the car stunts, as those are few and far between as I previously stated, but the sound is incredible too, and the IMAX format just puts you right in the action.

Hobbs & Shaw is a definite must watch, if you like these types of films and you know what you're going in for, you'll enjoy it, if you are one of those critics that doesn't understand what this franchise is, then it's not for you; since there is some outlandish action set pieces that certainly defy the laws of physics, if that irks you, or you are looking out for it saying 'that's not how that's done' or something along those lines then skip this film.

I for one thoroughly enjoyed it, and as I stated above, it is crafting its own identity and so sequels are a definite, and I can't wait to see what comes next from this team, maybe Hobbs & Shaw can go on for a life of eight films just like the main Fast & Furious franchise, time will tell. There are some cameos and surprises that I won't spoil here, but as I said it is a must watch and certainly shows that this franchise is showing no signs of stopping any time soon.