Maserati: A Hundred Years Against All Odds(2020) | The Fan Carpet

Maserati: A Hundred Years Against All Odds(2020) by Phil Slatter 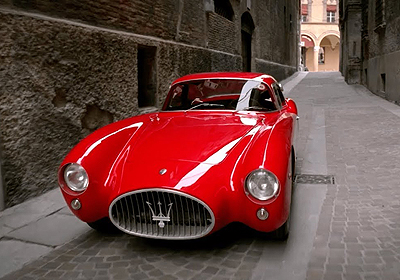 "there are some interesting snippets along the way"

Like many well-known car brands, Maserati has its beginnings in an Italian family at the start of the 20th century. It has of course grown from humble origins to the recognizable supercars that have become iconic in motoring over the decades.

This documentary charts that journey, with the company starting out in motor sport before transitioning into commercial vehicles, bridging the gap between the consumer and the likes of Sir Stirling Moss, who appears as a talking head.

There is a lot of history to pack into the slender running time and the lack of exposition regarding certain elements of the cars developments may leave those of a non-motoring mind out in the cold, director Philip Selkirk and editor Dominik Näder do a relatively decent job of sewing together the years of archive footage into a coherent, if occasionally repetitive, narrative.

Yet the matter-of-fact voiceover narration, coupled with the extremely pro-Maserati viewpoint, ultimately results in the feeling of this being part corporate film, part extended museum exhibit. Like a museum exhibit, there are some interesting snippets along the way, but ultimately it is a film that won’t find much of an interested audience outside Maserati fans and petrolheads.