Once Upon a Time in… Hollywood(2019) by Ben Peter Ward 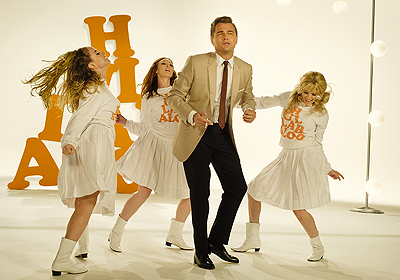 "at times this film feels overly long and struggles to fully realise it potential, at heart it is very entertaining, sadly not the masterpiece we were hoping for"

You could never describe Quentin Tarantino as your average director, and as Once Upon a Time in Hollywood was never going to be your standard film experience since Tarantino films have always felt more like events that are designed to challenge what is the established way of telling a story.

So with the above in mind and being a fan of his work (I count Reservoir Dogs and Pulp Fiction as masterpieces) I went into the screening somewhat blind, wanting to experience all that was thrown at me. What I felt like I got was a very mixed bag; flashes of brilliance, darkly comic moments, glimpses of sheer raw acting that reminds you just how good the cast are, with a messy, disjointed narrative and some elements which seem to serve as nothing more than padding and exposition.

Let's start with the good, the main plot itself is sold, DiCaprio plays Rick Dalton a former TV Western actor who is struggling to remain relevant as times and tastes change. DiCaprio is great in this role, capturing many different aspects of a single character, be that his self-destructive alcoholism, his struggle with not being the star attraction or his somewhat near re-invention of himself throughout the plot, he bring believability and charm to the role.

He’s supported by Brad Pitt's Cliff Booth, Rick’s best friend, stunt double, sometimes driver but all around seemingly tough but good guy. Pitt is also a great fit for his role, allowing himself to dig in and make it his own, at times seemingly effortlessly cool as the ageing confidant. It's worth noting that Cliff is portrayed as being perhaps overly happy to throw down and become violent, however this is somewhat of a Tarantino hallmark (as are shots of bare feet... the less said about that the better).

Margot Robbie plays Sharon Tate, if that name seems familiar then it should, Sharon Tate one of the most notable victims of the murders committed by the Manson family, and these events frame our story. Robbie plays Sharon Tate perfectly, with grace and poise and is a delight to watch, however her role feels both too slight and also more necessary for exposition rather than to add to the overall plot. To give any more away would be to spoil the plot and despite its faults I wouldn’t wish to do that. With that said please also look out for Luke Perry’s final role, be it a cameo, which only shows how great he could be given the right material.

Now, the main issues I find with this film are that the narrative is a mess at times and also that it feels like it’s trying to do and be too much all at once. At times it becomes hard to distinguish what the tone it’s aiming for is, which is a shame because it does dark comedy and at times character study brilliantly, albeit missing some beats when it tries to be philosophical or create tension.

Before I summarise, it wouldn’t be a Tarantino film without the use of a smart and knowingly referential soundtrack, Once Upon a Time in Hollywood doesn’t disappoint in this regard, it transports you back to the sixties and adds a great layer to the narrative.

In summary, whilst at times this film feels overly long and struggles to fully realise it potential, it is at heart very entertaining, sadly not the masterpiece that we were hoping for but still very much worth a watch. I also feel like repeat views would be essential and there is an audience for this. It’s a mess, a funny, yet moving, sometimes over the top mess. As with before, its not terrible, its just not the masterpiece Tarantino is known for.