Win A Poster to Celebrate The Release Of STAGE MOTHER! 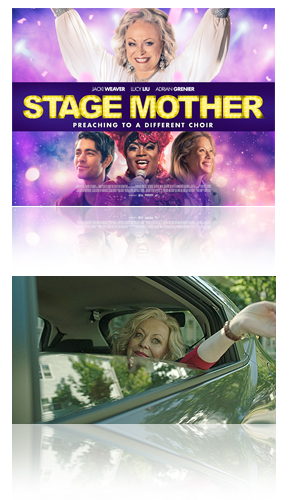 To celebrate the release of STAGE MOTHER - out now in UK and Irish cinemas - we have a poster for grabs!

Directed by Thom Fitzgerald (CLOUDBURST), STAGE MOTHER also stars A-listers Lucy Liu (ELEMENTARY) and Adrian Grenier (ENTOURAGE), with real-life drag superstar Jackie Beat all but stealing the show as club hostess Dusty Muffin. Meanwhile the trio of singers at the club, including fast-rising star of the LGBTQ scene Mya Taylor (TANGERINE), will knock your socks off.

Like camp classics THE BIRDCAGE and THE ADVENTURES OF PRISCILLA, QUEEN OF THE DESERT, STAGE MOTHER is fearless, flamboyant and deliriously funny, and a delightful dash of optimism and acceptance in these trying times. So sling on your glad rags, throw on some glitter and glam, and let STAGE MOTHER into your life immediately!

STAGE MOTHER IS OUT NOW

-1 (one) winner will receive 1 (one) Stage Mother poster