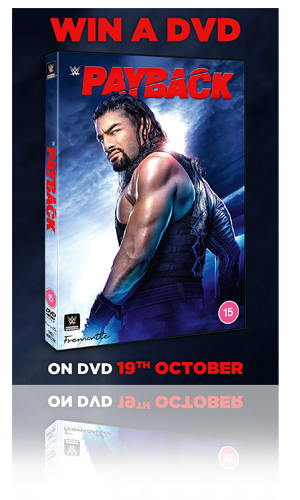 To celebrate the DVD release of WWE: Payback 2020 we are giving away a DVD copy to one lucky winner.

No Holds Barred Triple Threat Match for the Universal Championship

‘The Fiend’ Bray Wyatt © vs. Braun Strowman vs. Roman Reigns

For your chance to win, answer the following question...

- The promoter of this competition is The Fan Carpet Ltd