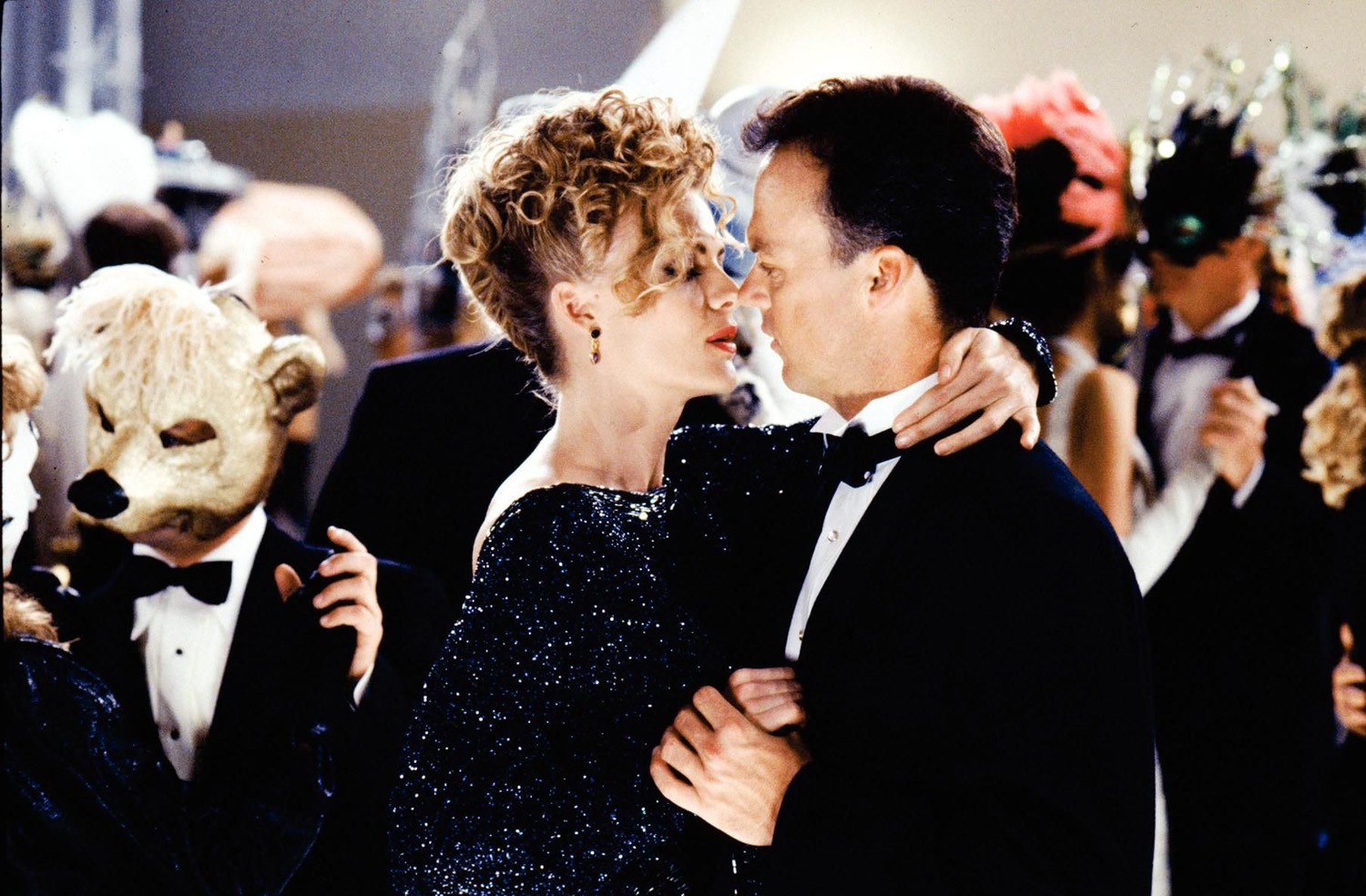 In director Tim Burton’s sequel to his successful BATMAN (1989), the Caped Crusader (Michael Keaton) is pitted against the demented, ravenous Penguin (Danny DeVito), a pitiful, orphaned psychopathic freak who once went on a baby-killing spree, and a ‘power’ hungry capitalist villain Max Shreck (Christopher Walken). As the two criminals plot to gain domination over Gotham City, BATMAN must plot to stop them. In the highly stylized BATMAN RETURNS–complete with dark, Gothic architecture and moody lighting–Batman (and his alter-ego Bruce Wayne) is thrown a third enemy, a terrible distraction: Catwoman (fearlessly and fabulously played by Michelle Pfeiffer). She is the slinky, sharp-clawed alter-ego of Shreck’s secretary Selina. Batman must overcome his own dark past, and his present love entanglements, to rid Gotham of its evil enemies, this time with even more intricately designed sets and tongue-in-cheek humour, making BATMAN RETURNS an action-packed, darkly fun adventure.