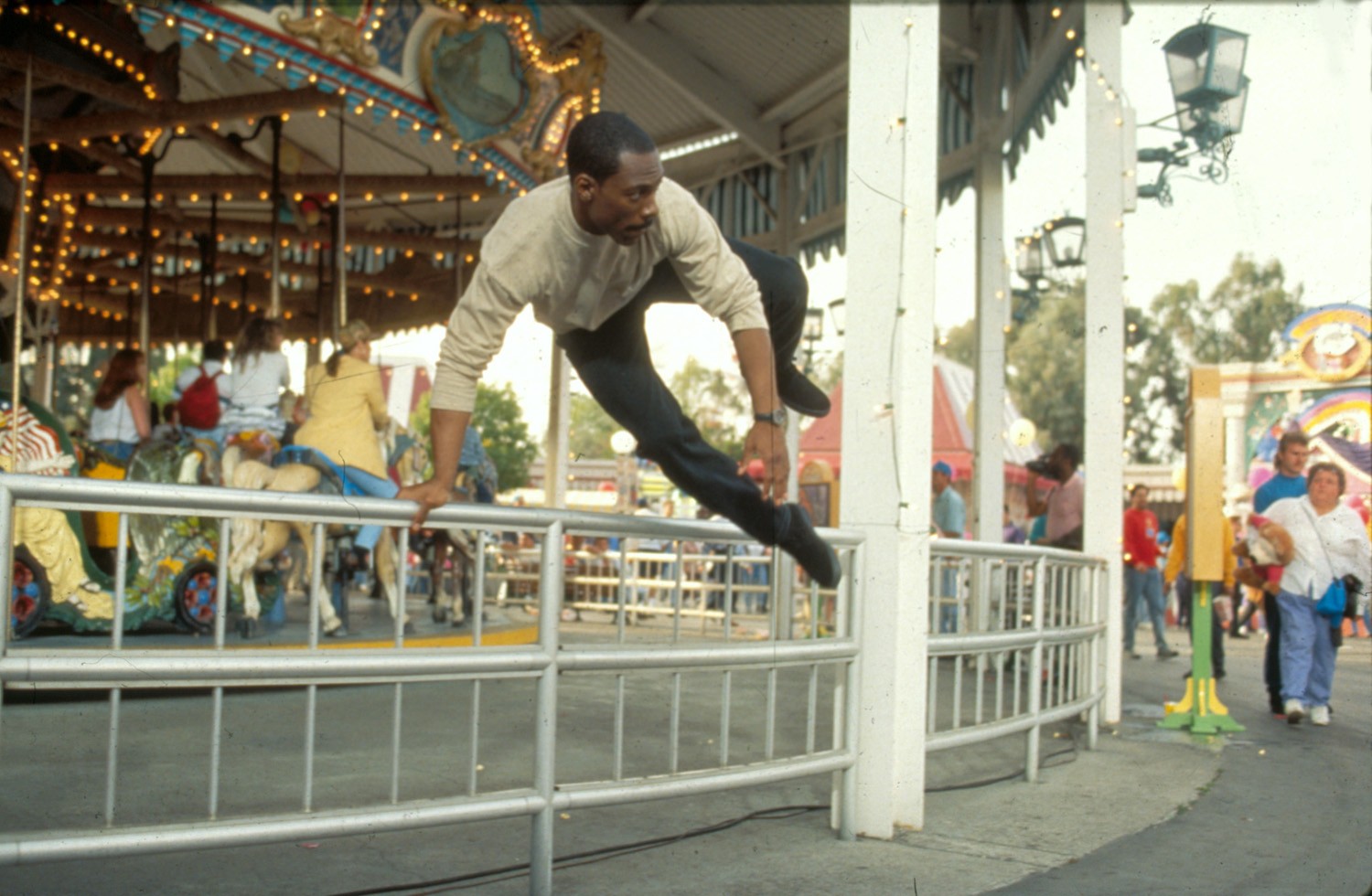 Eddie Murphy is back as Axel Foley, the maverick detective who took Beverly Hills by storm. When a seemingly regular bust in Detroit uncovers a deadly underground operation, Axel heads to Los Angeles to corner the criminal leader. The corrupt headquarters of the killer happen to be Wonder World, an extremely popular Southern California amusement park. Axel enlists the help of old friend Sgt. Billy Rosewood (Judge Reinhold) and Jon Flint (Hector Elizondo) to hunt down the criminals, wreaking havoc at the popular park. This third installment of the popular series features some daredevil stunts on the amusement park rides and an action-packed rollercoaster finale.