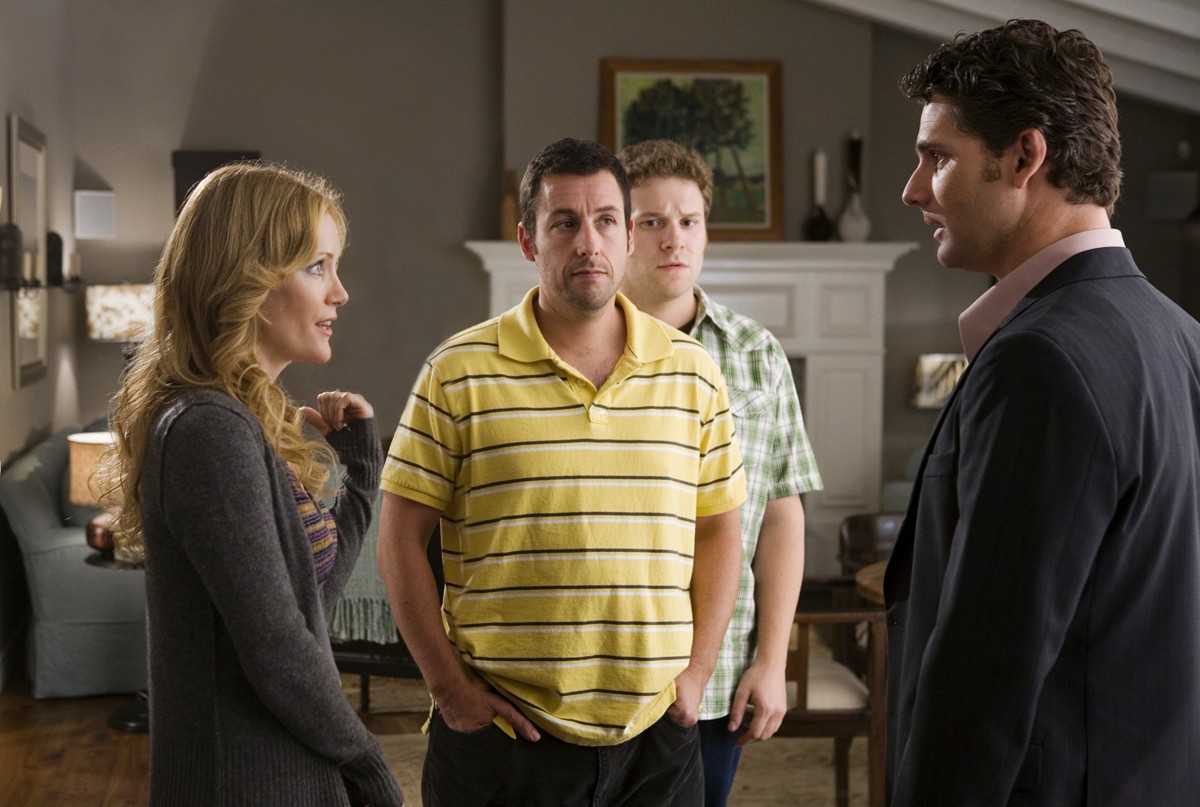 Over the past few years, writer/director Judd Apatow (The 40-Year-Old Virgin, Knocked Up) has shown that nothing—not even losing your virginity or the miracle of childbirth—is sacred. About his third film behind the camera, he says, “I’m trying to make a very serious movie that is twice as funny as my other movies. Wish me luck!” Apatow directs Adam Sandler, Seth Rogen and Leslie Mann in Funny People, the story of a famous comedian who has a near-death experience. Adam Sandler, Eric Bana, Jason Schwartzman, RZA and newcomer Aubrey Plaza join a cast that reunites Judd Apatow with Seth Rogen, Leslie Mann and Jonah Hill in their third comedy together.

Adam Sandler is one of my favourite actors, I enjoy his work, and this is a little darker for him, he plays a comedian that has been diagnosed with a rare blood disease and as a way of coping with it, he hires Ira Wright (Seth Rogan) and reconnect...