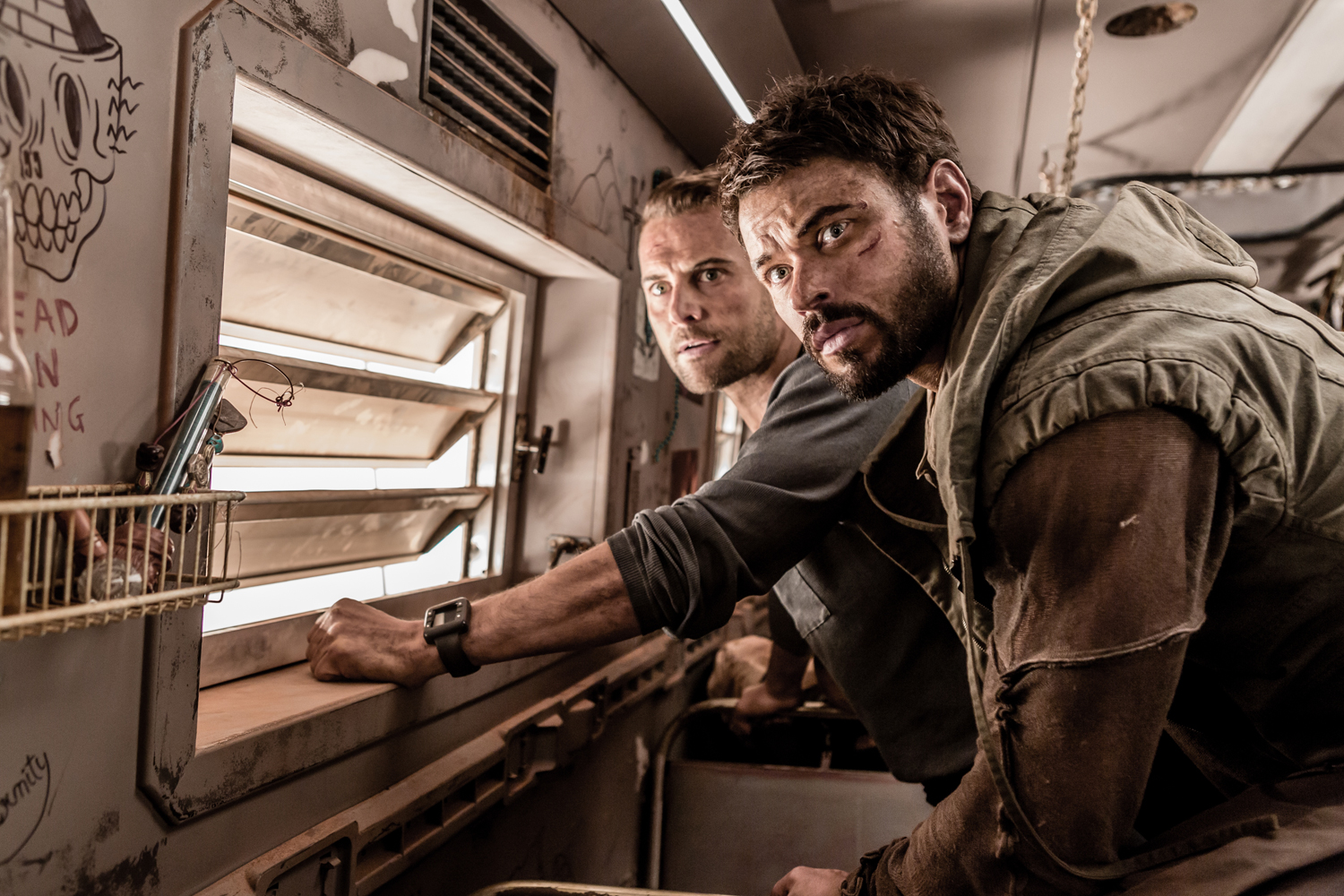 Origin Wars (aka Science Fiction Volume One: The Osiris Child). Set in the future in a time of interplanetary colonisation, Sy (Kellan Lutz, The Twilight Saga), escapes a brutal prison where mysterious experiments have been taking place under the watch of a savage warden (Temuera Morrison, Star Wars Episodes 2 & 3, Once Were Warriors). After orchestrating an escape, Sy meets Kane (Daniel MacPherson, The Shannara Chronicles), a lieutenant working for an off-world military contractor – EXOR, who have set in motion a plan to wipe out all life from the face of the planet in an attempt to cover up their crimes – when their terrifying “experiments” escape.

Now, the unlikely pair must work together to rescue Kane’s young daughter, Indi (Teagan Croft, To Kill a Mockingbird), and reach safety before it’s too late. Teaming up with a pair of rough-and-ready outlaws, Gyp (Isabel Lucas, Transformers: Revenge of the Fallen) and Bill (Luke Ford, The Mummy: Tomb of the Dragon Emperor), it’s a race against time for the group as they clash with EXOR in an attempt to escape while battling the savage creatures that roam the barren planet.