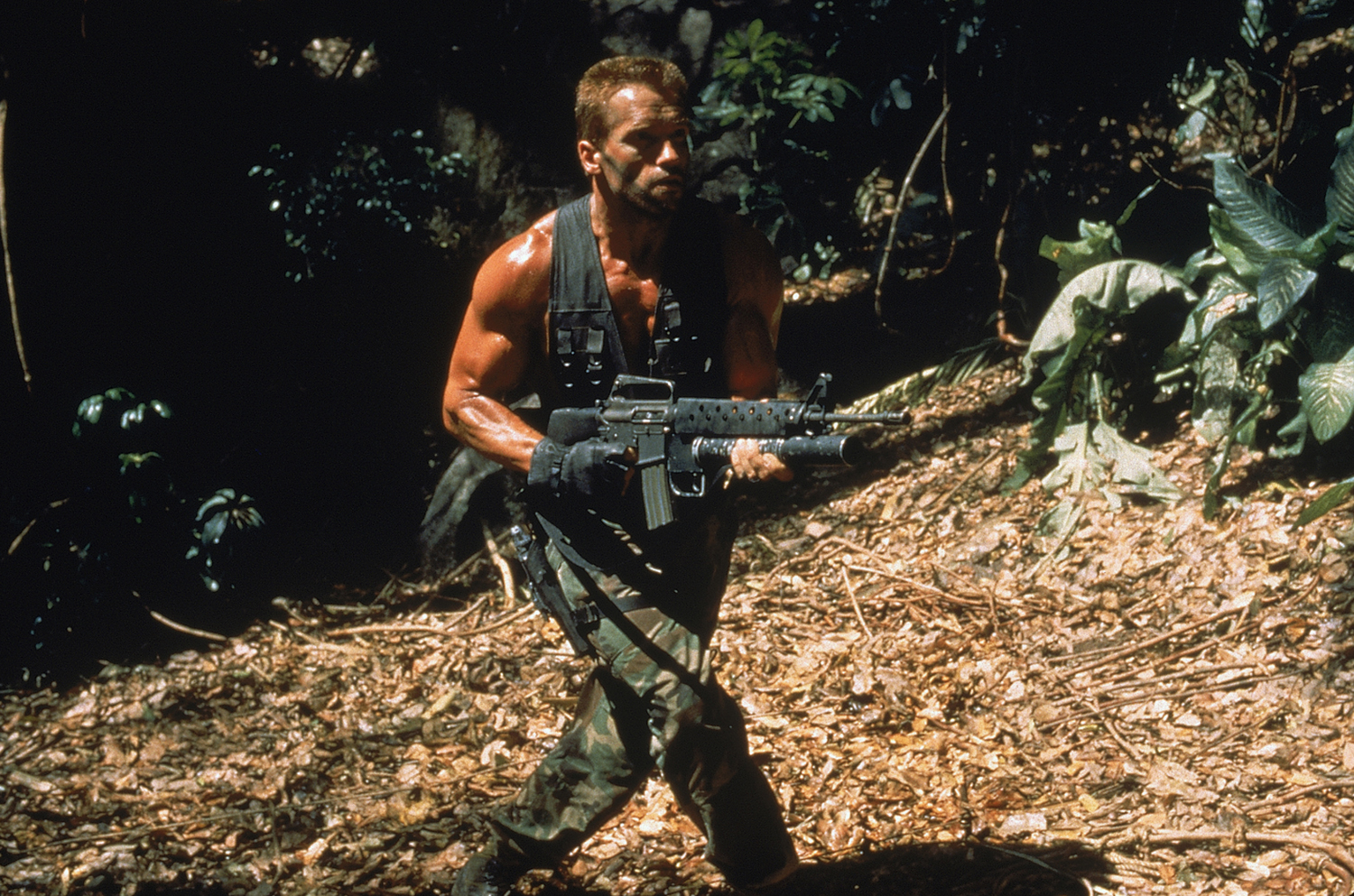 Predator. Major Dutch Schaefer is the leader of a military rescue unit looking for allies captured by guerrillas in the Latin American jungle. At first it seems like any other mission: Dutch and his team of seasoned combat veterans spot a guerilla camp, destroy it, and find the men they were sent to rescue executed. But when Dutch attempts to lead his unit out with a captured guerrilla in tow, something horrifying and inexplicable begins to happen: one by one the men are killed by a mysterious adversary – a Predator from another world.

Suddenly human enmities are forgotten, for Dutch and his dwindling band of survivors are no longer the hunters – instead they are prey to an enemy who blends into the jungle and strikes with inhuman ferocity, agility and power. Stalked by the unseen foe and stripped of his sophisticated weaponry, Schaefer must rely on more than physical strength and modern technology. With the jungle his only ally, he will draw on his inner resources of instinct and intelligence, as he faces his greatest challenge: to stay alive.

Predator is a 1987 science fiction horror, directed by John McTiernan. It stars Arnold Schwarzenegger, who leads an elite special forces team on a mission to rescue hostages held by guerrillas at Val Verde in Central America.
Kevin Peter H...