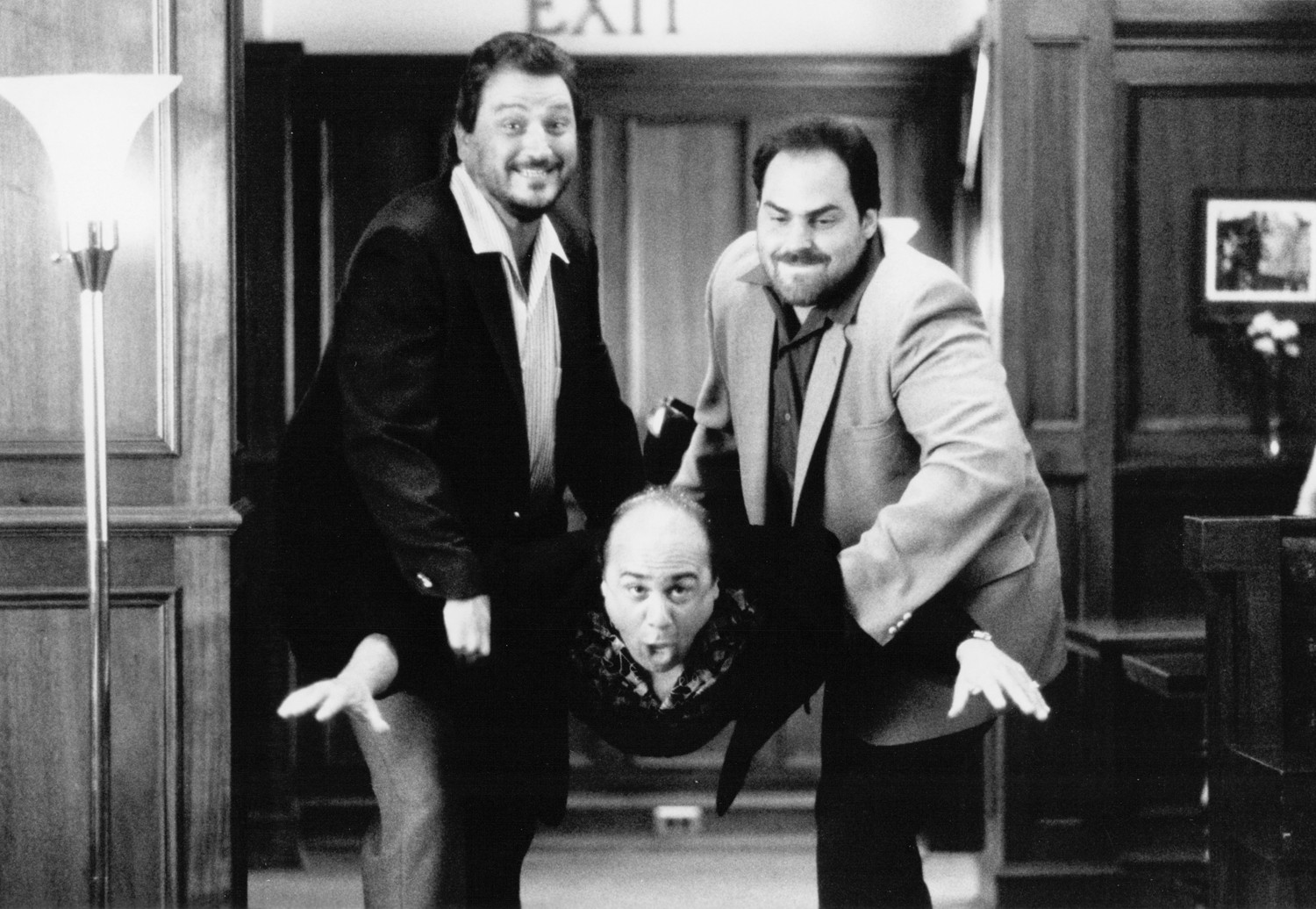 Twins. Twin brothers–hardly identical–are separated at birth. As the result of a genetic experiment gone awry, the brothers could not be more different, both physically and emotionally. Raised in a sheltered environment away on a desert island, giant Julius (Arnold Schwarzenegger) has developed into a meek, highly educated individual with a big heart. Pint-sized Vincent (Danny DeVito), left in New York to survive on his own, is a scheming, cynical hustler with an insatiable lust for women and money. When each discovers the other exists, the brothers reunite and set off an a comic adventure in search of their lost mother. But in their cross-country travels–with girlfriends in tow and a hitman hot on their trail–what they really find is a deep brotherly connection that exists despite their external differences.