Irish film, television, and stage actor. He received the 2005 Laurence Olivier Award for Outstanding Achievement in an Affiliate Theatre for the Jerwood Theatre Upstairs production of A Girl in a Car with a Man, and an IFTA award for the film Dead Bodies. Scott’s notable television roles have included Paul McCartney in the BBC television drama Lennon Naked and arch-villain Jim Moriarty in Sherlock, for which he was awarded the 2012 British Academy Television Award for Best Supporting Actor, along with the 2013 award for Best Supporting Actor in the television category at the Irish Film and Television Awards He also won the awards for Best Supporting Actor and Best Actor consecutively in the 2012 and 2013 BBC Audio Drama Awards for his roles in Nick Perry’s Referee and Harold Pinter’s Betrayal, respectively. Alongside this, Scott was nominated as Best Lead Actor for his role in The Stag at the 2014 Irish Film and Television Awards.

Scott was ranked at number 22 in The Independent’s Rainbow List 2014: 101 lesbian, bisexual, gay and transgender people who really make a difference 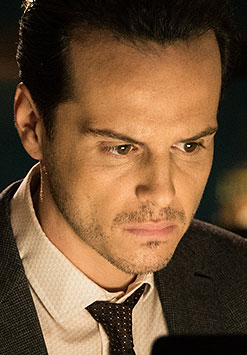