Icelandic actress. She is most famous for her role as Vanessa in the television series Da Vinci’s Demons and as Eik in the Icelandic film Life in a Fishbowl. She was nominated for an Edda in 2007 for her role in The Quiet Storm. She is a graduate of the London Academy of Music and Dramatic Art.[2] She is the daughter of actress Þórey Sigþórsdóttir and film director Hilmar Oddsson. 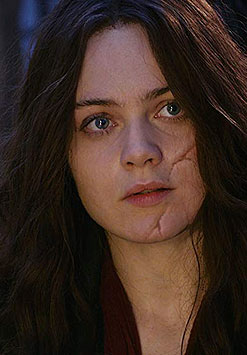