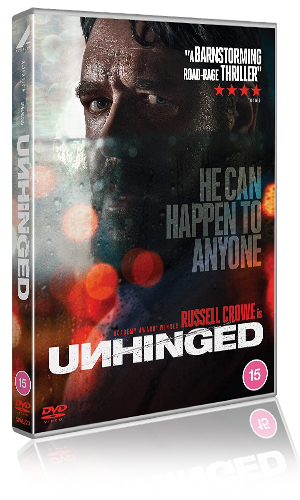 To mark the EST, VOD, DVD, Blu-ray & iTunes in 4K release of Unhinged we have been given x2 DVDs to giveaway, courtesy of Altitude Film Distribution!

UNHINGED takes an ordinary, everyday incident to its most terrifying conclusion in telling the story of a mother (Caren Pistorious) who leans on her horn at the wrong time, to the wrong guy (Russell Crowe). ‘Road rage’ doesn't begin to describe what he's about to do to her and everyone she knows.

UNHINGED IS AVAILABLE ON EST, VOD, DVD, BLU-RAY & ITUNES IN 4K FROM NOVEMBER 23

Open to UK entrans ONLY.