Being Enzo: A Conversation with Arturo Muselli for GOMORRAH – THE SERIES SEASON 3 | The Fan Carpet

Being Enzo: A Conversation with Arturo Muselli for GOMORRAH – THE SERIES SEASON 3

“Immediately addictive.” – Entertainment Weekly
“The most gripping drama on TV.” – The Times
“A dazzling success.” – Daily Telegraph
“Excellent.” – The Guardian

The wait is finally over for Gomorrah fans – Arrow TV is thrilled to announce the DVD & Blu-ray release of the complete third season of the universally critically acclaimed Italian crime drama Gomorrah on Monday 12th March 2018. On the same day the label will also release the Gomorrah Season 1, 2 & 3 Box Set on DVD & Blu-ray. For the impatient fans, Gomorrah Season 3 will already be released as Digital Download on Thursday 8th March 2018 from Amazon and iTunes.

As a Sky Italia production, the controversial gang warfare series is the most successful Italian TV export ever. The gripping, edge of your seat drama returned for its third season to Sky Atlantic on Wednesday 31st January.

With the Godfather Don Pietro (Fortunato Cerlino) murdered, there is a void to be filled in the underworld of Naples. His son Genny (Salvatore Esposito) takes control, using the opportunity to settle old scores. The survivors of the remaining factions, exhausted by the warring and massive police pressure, have suffered drastic financial losses and make peace. And with Avitabile (Gianfranco Gallo) in prison for another year, Genny now has to reign over North Naples and Rome.

Ciro (Marco D’Amore), on the other hand, has had his revenge, but his dreams and family have been destroyed. He decides to leave everything behind, travels to Bulgaria and to work for the big-time drug dealer Valentin (Stilian Ivanov). When Ciro has to return to Naples, he forms a new powerful partnership with the young and ambitious Enzo (Arturo Muselli).

In our interview, The Fan Carpet’s Marc Jason Ali spoke to Arturo Muselli about the series, how he got started in the industry and his passion for theatre… 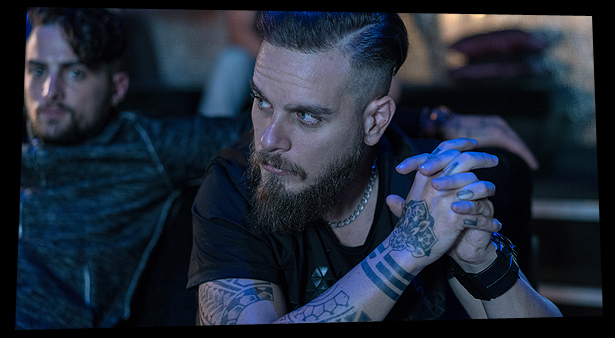 What was it about Gomorrah that first got you involved in the series?

Ah well (laughs) The third season, well I’ve always watched Gomorrah before I was quite impressed by it because it’s a different serial TV for us in Italy, it’s well done, it’s really well done, and we weren’t so ready, got used to that quality.

So for me in the beginning it was quite strange watching a kind of serial that in Italy and can you imagine when you find out that you’re going to be part of it of that project as a main character it’s been so exciting (or excited) in such a way, but in the beginning I didn’t stand out, it wasn’t one of the main characters I thought it was just one of the characters of the new season but not that kind of character, so when I found out about it I started to feel the pressure of the project and what I had to do for this project.

In the beginning it hasn’t been so easy, it was quite hard to stay on the level but thanks to the directors, thanks to the other actors and all the crew everything has been possible thanks to them.

Great. You kind of touched on it, but when joining such an established cast already, because obviously it’s the third season, how was it to join that family?

Yeah you said great things, it’s like being in a new family. You stay and you work with these people for 8 months and it’s quite strange, you see them, you meet them every day and you create a lot of different relationships and it’s been amazing because…..actually in the third season there are popular actors, not like the first season.

But they’re always the same, I mean nothing has changed in the years, so for me I wasn’t that popular at the moment, in the beginning it was strange but after that we had a great relationship with all the actors, I mean especially with the actor who plays Ciro because that is the character that is close to my Enzo, Blue Blood, is it called Blue Blood in the UK?

We call it sangue blu in Italian that means Blue Blood, so I wanted to….I know you have subtitles but I don’t know if I’m called Blue Blood for British people (laughs) that was just my curiosity.

Obviously joining a series like this, what was it about your character in particular that first entice you to say “yeah this is something I want to get my teeth into”?

I think that my character is a little bit different from the others of the other two seasons, because he has different feelings, he loves in all the way a person can love other people.

He loves his sister, his girlfriend, he loves his friends, his clan, his gang, he loves Ciro in a different way because he’s kind of a master, a kind of teacher who teaches him everything about the crime…..so he becomes a kind of brother and until the end these themes is so alive until the last scene.

It’s not just for us, for me and for the other actors who lived in this town, in Naples, it’s not that easy, it’s not about just playing a bad character, it’s not about that, it’s about playing someone who you can see everyday of your life of somewhere in your past if you change city and you have to consider this stuff and it’s so easy to be involved with this aspect because you can judge people when you see them in the street and when you feel the crime in your life and it’s so easy to judge and when you’re going to be part of that crime (laughs) in that serial it’s not that easy so you have to take your judgements and put apart and just go through in the work, in the script in the lines and building character the best way you can.

Great. Moving forward, what do you hope to happen with your character, if you could write it yourself, what would you hope that he does?

Well I don’t know, because the authors are writing in this moment so I don’t know what’s going to happen to my character, but I think after Ciro’s death everything is going to change for Enzo, for Genny, for everyone, because to be honest Ciro was one of the best characters of the season, so everything is going to be hard after his death, I think we have lost Enzo with a kind of, I mean in a different way, now is a really great boss who knows everything about the crime, about the system, about how criminal life works.

Now he’s an adult so for now, from this point, he knows that all his decisions must be right for himself and for the others and he can’t be a teenager anymore, he can’t be so young, he can’t be so silly, because in the first part of the season, if you remember, he did so many stupid things with his friends, they sang in the streets, they where so noisy that time has passed, you know, so now he’s a boss now, he must behave in such a perfect way, perfection but crime, it’s always about crime, so I think it’s going to be more adult, he’s going to think much more before doing something stupid, he can’t do something stupid anymore. 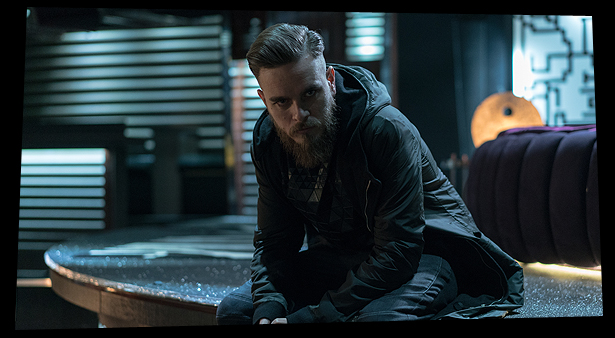 You expect the character to mature and take more of an active lead role?

For you in your own career, do you have anything else you would like to pursue in the film industry or are you happy being in front of the camera?

No no no, for me my life where I started on stage and I keep doing on stage and of course I like, I’m also interested in the cinema industry so I would like to keep doing this. For me there doesn’t exist a difference between an actor for cinema and for theatre, there is just an actor who plays everywhere, in the street as well.

For example, I have a great feeling with the street, in fact when I was in London I used to stay in the Covent Garden sat on the floor to stay with the artists in the street, the street buskers, I was there just to listen to some songs and also watching some performances and it made such great sense to me, so really I would like to perform in the street as well.

So I really don’t care about the venue, I don’t care about if it’s on stage or in front of a camera, or in the street or in a bar, in a pub, I just want to play roles and tell a story, that’s it, for me the most important thing as an actor is telling a story.

Well in a few months we’re going to start the fourth season, so I can’t do anything else at the moment for six or seven months, but before starting with the fourth season I still have some performances on stage with my company and we used to play Shakespeare in English in Italy, we’re playing Hamlet and we have this play of The Hats and the company’s called The Hats Company and three actors who play all the roles and for each role we change hats, because (laughs) we don’t have so much money for the costume, so the hats is quite enough to change role, and perhaps change accent and that’s it. I also work as a photographer as well for journalists as well, actually I’m working on a (thing?) at the moment at I would like to finish it before the next season.

But at the moment I didn’t get other proposals, I did some auditions but some is impossible because I have to start the new season so I had to refuse it and also because of the look, like now I have hair (laughs) I have normal hair, well not so normal, you know a long beard, I have that kind of haircut so I think that kind of hair cut is not good for other roles (laughs) especially if I want to play in Pride and Prejudice I don’t think it’s the right hair cut for that (laughs). 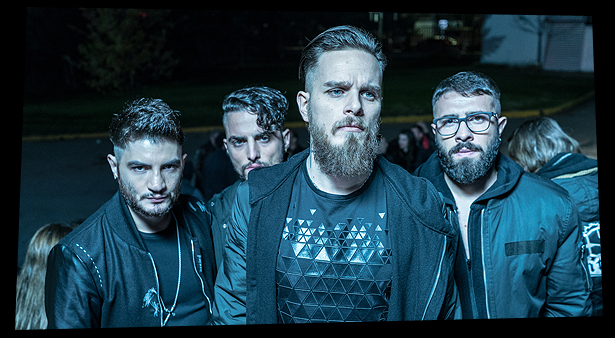