Ahead of the UK premiere of his latest film HOUSEWIFE at the Horror Channel Frightfest Halloween event, director Can Evrenol tells us why film is a ‘pervert’s art’, shares his feelings for Fulci and reveals his contribution to Horror Anthology The Field Guide To Evil.

On a snowy eve, Little Holly’s sister and father are killed by her frantic mother. Years later, Holly is married, lonely, and her life is soon about take a turn for the ultra weird, when she visits “Umbrella of Love and Mind”.

Was it important to make your follow-up film to BASKIN in the English language?

I wanted to make the film available for a wider audience and to test myself with a different language movie. I thought it was a fun thing to do.

How do you describe HOUSEWIFE? What would be your perfect pitch line?

Man, I had this crazy fu*ked-up dream last night! Do you want to see it?

Like BASKIN, HOUSEWIFE shares many similar themes of sexuality, family, social claustrophobia and surreal nightmares. Why are these elements so important to you?

The day I find out why, I would probably quit filmmaking and move onto more tangible things in life.

Elaborate more on why you say HOUSEWIFE is your homage to Dario Argento and Lucio Fulci?

I am very inspired by Dario Argento and Lucio Fulci films. Fulci is one of the reasons I decided to be a filmmaker. They are more like crazy people painting with their own blood. I love their attention to weird details and emphasis on atmosphere and music, while some others aspects of their filmmaking seems super shallow and cheap. I am not intending my films to be shallow and cheap at any level, but I’m taking huge risks and sometimes when there are flaws, I try to make them in tune with the madness of the movie. 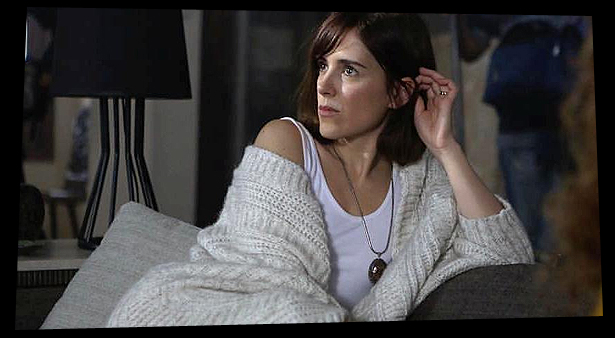 Where did you find lead actress Clémentine Poidatz and actor David Sakurai, who plays the head of the Umbrella of Love and Mind Cult?

I met Clementine in Paris, through my French producers Vixens. We clicked right away. I thought she had the right face and state of mind. She read the script and said she loved it. I thought she must either a really good actress or crazy. Turns out she was a bit of both. We were blessed to have her as Holly. She was the angel of our team from day 1!

David, I met in Fantasticfest, 2015. He was there with Liza The Fox Fairy. You gotta love that dancing grim reaper character! At the time, my reference for Bruce O’Hara was Joel Osteen. But after sharing the same taxi to the airport with David Sakurai, talking about movies and martial arts, he was the face of Bruce O’Hara for me. I really love both Holly and Bruce O’Hara. They are like my friends now, thanks to Clementine and David. 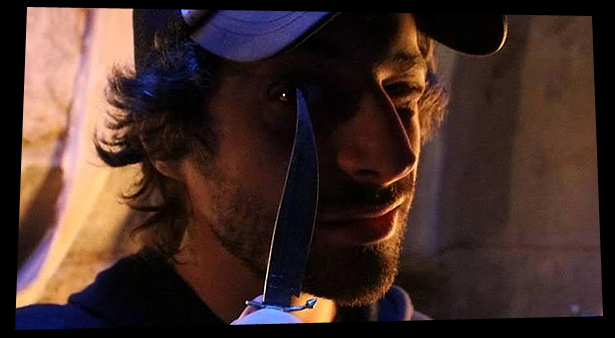 You don’t make your films easy for the audience to either watch or follow, is it important to make them invest more in your quirky ideas?

It’s all about submitting yourself to somebody else’s dream. That’s why it’s the pervert’s art. For me, that’s the most precious and unique thing about cinema. I also try to lose myself – as coherently as ı can – during the various stages of filmmaking. It’s tricky, confusing and soul consuming, and people think you don’t know about or care about the narrative, but it’s not that. I love it so far.

Talk a little about your relationship with co-writer Cem Ozuduru who you worked with on both films?

Cem is the reason I launched into Housewife after Baskin. It all started in our post Baskin movie nights. We had an overdose of male synergy in Baskin so this time we were chatting about making a revenge movie of sorts with a female lead. Then we decided to add some alien conspiracy in it. Then we went for English language. Then I think, it was me at some point who pushed it more to the way of dreams and dream logic. I felt that I had to bring it home. But the last 20 minutes were always there form the earliest draft.

Making a personal film is like searching for your inner child. And in this movie at some point, my inner child and Cem’s turned out to be different people. So we had some trouble keeping up the same dream together. And Cem had to leave the project for some days during the shoot and then in the editing too, because he was offered a top notch TV series work as writer and co-director. So ultimately I think Housewife ended up more of a film from my instinct, rather than the collaboration we started with. But still, Cem has been the biggest support for both Baskin and Housewife. Both times he was much more than the co-writer, and storyboard artist.

We constantly share videos about cinematography, crazy movies, music and aliens. We will collaborate again for sure.

What are you hoping audiences will take from the film?

A little slice of death for their dreams.

What’s next? Will you stay with horror, or do you want to try something totally different?

I recently completed a new short film, a segment for the upcoming horror anthology: The Field Guide To Evil, from the producers of ABC’s of Death. I tried a different approach this time. Rather than the operatic, stylish and heavy metal tone I usually go for, this time I tried to make it more like an East European festival film, but with a slight dose of nightmares, and a demon of childbirth! The camera language is closer to what I want to aim for in my next projects.

Next, there’s a dark fairy tale that we have been cooking for a while with my producer Muge Buyuktalas. I’ll try to bend it to my own world as much as I can, but hope to aim it for kids.

Has the Turkish Film Industry taken note of your international success? Are they now more open to genre production?

No. I don’t think they have. After Stranger Things and It, you know every producer is talking about making a horror movie / series these days, but we hate those kinds of motivations, don’t we? They don’t lead to sincere work. 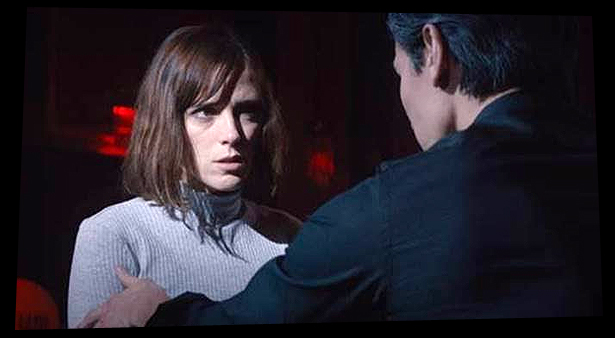