“’Twas The Fight Before Christmas” will premiere globally on Apple TV+ on November 26, 2021

Today Apple unveiled the trailer for the new documentary film, “’Twas The Fight Before Christmas.”

“'Twas the Fight Before Christmas” follows the story of a North Idaho neighborhood turned upside down by one man's obsession with bringing Christmas cheer to all, through the biggest community Christmas event America has ever seen.

Christmas-loving lawyer Jeremy Morris' plan hits a snag when the home owners' association informs him that the event violates the rules of the neighborhood. A contentious fight over the festivities erupts and things snowball out of control. As the situation escalates, the film asks the question, who wins when different rights and interests collide? Director Becky Read pieces together the polarized perspectives in this quirky Christmas tale about freedoms, with a message about differences and tolerance at its heart. 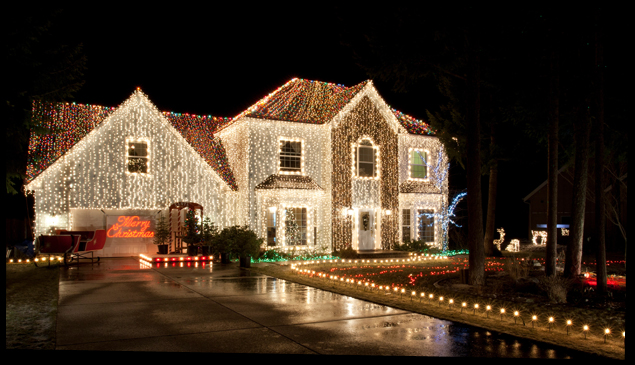 Apple TV+ offers premium, compelling drama and comedy series, feature films, groundbreaking documentaries, and kids and family entertainment, and is available to watch across all your favorite screens. After its launch on November 1, 2019, Apple TV+ became the first all-original streaming service to launch around the world, and has premiered more original hits and received more award recognitions faster than any other streaming service in its debut. To date, Apple Original films, documentaries and series have been honored with 155 wins and 561 awards nominations.

Apple TV+ is available on the Apple TV app in over 100 countries and regions, on over 1 billion screens, including iPhone, iPad, Apple TV, Mac, popular smart TVs from Samsung, LG, Sony, VIZIO, TCL and others, Roku and Amazon Fire TV devices, Chromecast with Google TV, PlayStation and Xbox gaming consoles, and at tv.apple.com, for $4.99 per month with a seven-day free trial. For a limited time, customers who purchase and activate a new iPhone, iPad, Apple TV, Mac or iPod touch can enjoy three months of Apple TV+ for free.