Known affectionately as the ‘Phil and Holly of the drinks world’ by the trade, the duo are back with a bang in 2021 and eager to share their expertise and passion for all sorts of drinks with the public through podcasts, articles, radio and TV appearances and over their combined social media following of over 160K.

Both Aidy and Helena fell in love with wine and spirits the lifestyle way; through people, places and culture, rather than geeking out on dry, standalone facts. They now bring this curiosity and a desire to entertain to all their drinks communications, daring to be different. To this end, Aidy and Helena co-produced and co-presented their own global TV series with a friend called ‘The Three Drinkers’, which is currently showing on Amazon Prime in 172 countries and 39 languages. The show is a non-scripted, travelogue series, following three friends as they explore the drinks, food, people and general culture of a country, one glass at a time.

You can catch up on The Three Drinkers do Scotch Whisky for FREE for a limited period here.

Helena and Aidy also present an award-winning podcast called Bring a Bottle, which airs weekly on Spotify, Apple Podcasts, SoundCloud, iTunes, Acast and I Heart Radio. The podcast takes a deep dive into the world of drinks, uncovering the drinking secrets of the presenters and their guests, discovering what grinds their gears and the oddities they’ve encountered during their careers. The podcast has won several accolades including ‘Best Wine Podcast’ by the Evening Standard and ‘Best Spirits Podcast’ by The Drinks Business.

Unlike most TV series and podcasts surrounding drinks, which just see swirling glasses and tasting notes, the duo blend entertainment with education, acting as a bridge between the world of wine, spirits, cocktails and the 30 million everyday drinkers of the UK. 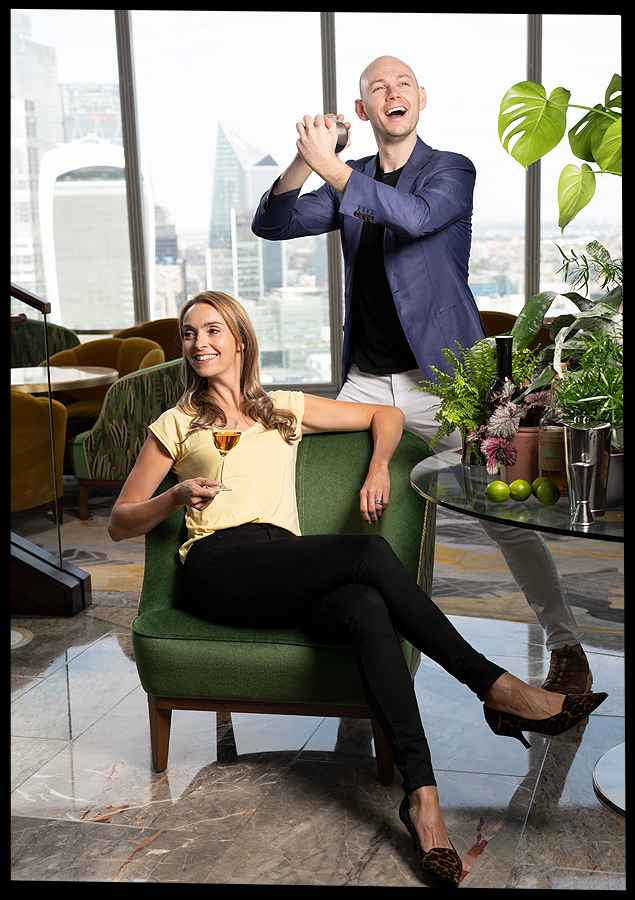 About Aidy
Aidy is one of the only TV presenters in the world with Tourette syndrome. He has one of the largest verified social followings in Europe for a drink’s personality and is the Global Brand Ambassador for Vivino, the world’s largest wine community with 50 million users. He is also an ambassador for charity Tourette Action and a spokesperson for Tourette Association of America. Writing across a number of national media publications as a drinks expert, he also appears frequently on podcasts and radio slots while proudly flying the flag for LGBTQ+ communities and those with disabilities.