Signature Entertainment are very proud to present the first trailer and stills for the excellent whodunnit Werewolves Within from Ubisoft Studios and based on Ubisoft game of the same name. Due on DVD and Digital Platforms 19th July.

Werewolves Within is a whodunnit comedy horror directed by Josh Ruben (Scare Me) from a screenplay by Mishna Wolff, based on the video game of the same name. The film takes place in the small US town of Beaverfield, where a snowstorm has trapped a group of residents inside a local inn. Forest ranger Fin (Sam Richardson, Veep) and postal worker Cecily (Milana Vayntrub, Marvel's New Warriors) seek to maintain peace among the residents and uncover the truth behind a mysterious and dangerous creature. 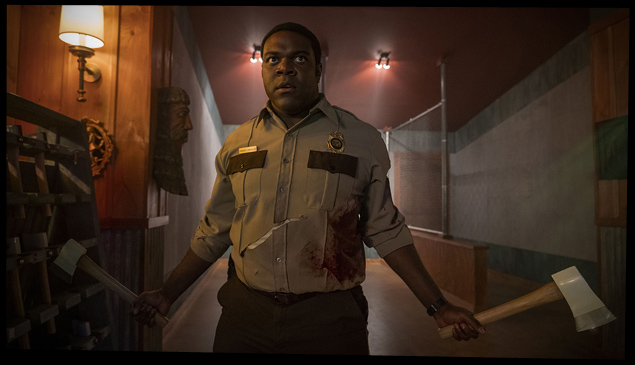