The University of Edinburgh led the way on the night, taking home four awards, with The Royal Conservatoire of Scotland following with two wins, retaining the gong for both Drama and Writing for a second year running.

James Wilson, Chair of RTS Scotland Student Television Awards said “Our industry depends upon the development of young people, their skill growing with their confidence under the guidance of their tutors and mentors.  This year’s programmes are as strong as ever and decisions were long argued and often very close.  Every nominated team and individual should be proud of their achievement.”

Simon Pitts, Chief Executive Officer, STV “Scotland is brimming with exciting creative talent and STV is very proud to be sponsoring the RTS Scotland Student Television Awards again this year. As last year all the nominees will be offered a platform to showcase their fantastic programmes on the STV Player, where 4/5ths of the Scottish population are already registered users. Highlights of the awards ceremony will also be available on the STV Player and beyond that STV will be offering mentoring to the winners as they start their journey in this exciting and vibrant industry.” 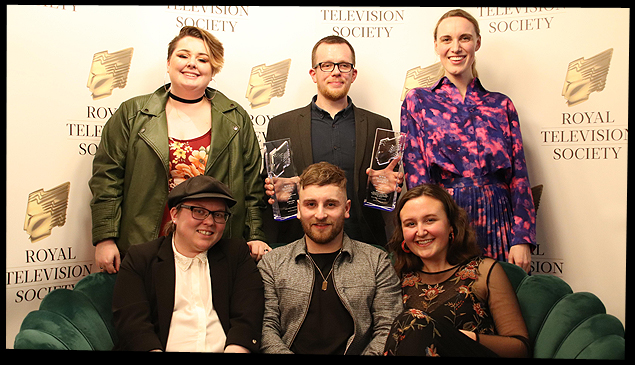 “We Three” - Will Peppercorn, George Harwood and Grace Dickson (University of Edinburgh)

WINNER – “Adam and the Alphas” – Murray Leitch (University of Stirling) 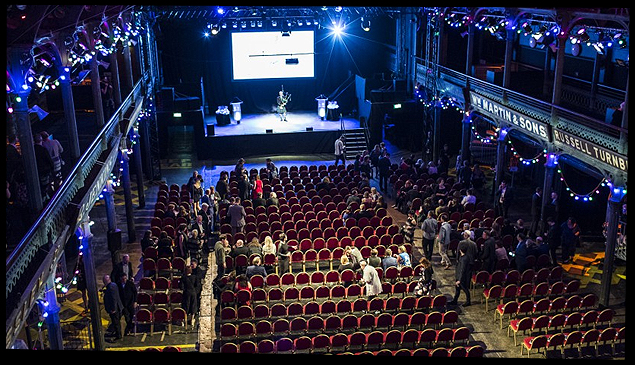 Alongside our engaged community of over 4,900 full members, the Society is supported by Britain and the world's biggest broadcasters, producers and consultants, including Principal Patrons BBC, Channel 4, ITV and Sky.

About STV
STV is Scotland’s home of news and entertainment, serving audiences with quality content on air, online and on demand.

STV’s broadcast channel, accessible free-to-air on all the main TV platforms in Scotland, reaches 3.5 million viewers each month and is home to some of the biggest and most popular shows on television.

The STV Player, STV’s online VoD service, allows consumers in STV’s broadcast licence areas to enjoy their favourite STV shows live or on demand. With over three million registered users, the STV Player is one of the fastest growing on-demand platforms in the UK.  An increasing range of content has also been made available on the STV Player through a number of partnerships covering children’s programming, sports, drama, documentaries and factual from eleven domestic and international content partners.

The ad-free subscription version, STV Player+, offers an opportunity to watch STV programming without the adverts, download shows for offline viewing and watch abroad for the first time.

STV Productions is one of the UK’s leading content businesses and is Scotland’s biggest indie. Led by award-winning executive David Mortimer, the company has an impressive track-record of success across drama, entertainment and factual, with commissions spanning BBC One and Two, ITV, Channel 4, BBC Scotland, Discovery, VH1/MTV and Sky One.

Productions include 20 series of Antiques Road Trip and nine series of sister programme, Celebrity Antiques Road Trip for BBC with a further bumper commission for another 140 episodes of the popular programmes to air over the next two years; six series of Catchphrase and four of Celebrity Catchphrase for ITV; and Sex Tape, a four-part relationship series for Channel 4.  Critically acclaimed thriller The Victim for BBC One was watched by more than 7.2m.  TV film Elizabeth is Missing, featuring two time Academy Award winner Glenda Jackson, was broadcast on BBC One, achieving a 5.5m consolidated audience and receiving 5 star reviews.  Factual commissions include Britain’s Polar Bear Cub for Channel 4, two series of Prison: First & Last 24 Hours for Sky One, Ross Kemp Behind Bars – Inside Barlinnie for ITV  and Fire in the Night, an award winning feature documentary to mark the 25th anniversary of the Piper Alpha disaster.