TOP GUN: MAVERICK Pushed Back To Christmas As Paramount Pictures Err On The Side Of Caution Amid Current Situation | The Fan Carpet

TOP GUN: MAVERICK Pushed Back To Christmas As Paramount Pictures Err On The Side Of Caution Amid Current Situation

The lyrics to 'Danger Zone,' the iconic Kenny Loggins song that became the soundtrack to the classic 1980s movie 'Top Gun,' implore the listener to 'ride into the danger zone.' Despite the connection between the film and the song, Paramount Pictures have taken the difficult decision not to follow that advice and instead err on the side of caution.

They won't be riding into the danger zone created by the current situation by going ahead with the planned June release of the movie's sequel, as originally intended. Instead, they're going to push it back until December. 'Top Gun: Maverick' is now scheduled to be released two days before Christmas in the United States of America.

While upsetting for fans of the iconic movie - and fans of cinema in general - the news isn't unexpected. Almost every major film release that was penciled in for the next few months has been pushed back. Movies that are in the middle of being shot right now have been put on hold, and in many cases, it's unclear when the cast and crew may be able to get together again to finish their work. That isn't the case for the new 'Top Gun.' Filming wrapped on this movie a long time ago, and it's thought that all of the post-production work had been completed, too, but Paramount has decided to take action now rather than regret it later. It's still hoped that the current situation will have petered out by the time June comes along, but as there's no way of guaranteeing that, the studio has elected to go with the more bankable date of late December in the hope of cashing in on the spending spree that usually hits movie theaters in Christmas.

There had been rumours for several days that Top Gun: Maverick would be shifted from its release slot after the cancellation of almost every major film scheduled to make its box office debut in the days and weeks around it, but the speculation was finally confirmed in a statement from Paramount, which was quickly followed up by a further statement from the movie’s evergreen star Tom Cruise. On Twitter, the iconic actor informed fans that after being patient for 34 years waiting for a sequel to the original film, they were going to have to remain patient for just a little while longer. The statement was brief, but he concluded by telling everybody to ‘stay safe’ - a reminder of the reasons why the postponement has happened without directly invoking the name of the dreaded virus.

While Paramount will get their money eventually, this news will have an impact on their financial forecast for the year. ‘Top Gun’ is big business, even three decades on from its debut. The film is still popular on streaming websites. The official ‘Top Gun’ online slots game still does huge business on online slots websites. Unbeknown to people who don’t gamble, there’s a whole sub-genre of games based on popular films from the 1980s and 1990s available on online slots websites, including everything from ‘Halloween’ to ‘Austin Powers,’ and ‘Top Gun’ appeal fans of UK slots to devote their free moment. Until this year draws to a close and the sequel finally turns up at movie theaters, the online slots game is about as much ‘Top Gun’ action is anyone is likely to get. It’s not known how much - if any - of the profits from that game go to Paramount, but they’ll likely be performing frantic recalculations right now in order to provide revised forecasts to their shareholders. They’re far from being the only movie studio affected by this problem - although that fact probably isn’t of much comfort to them at the moment. 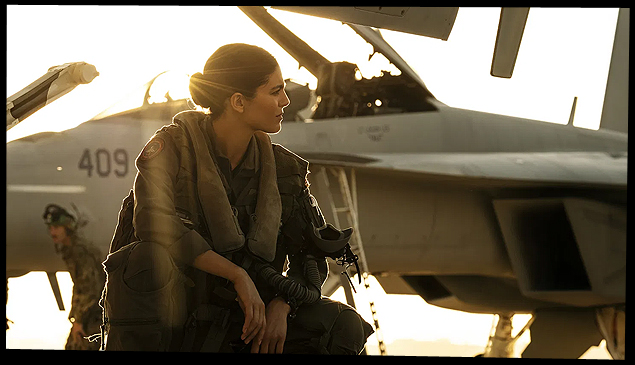 The long-awaited movie sees Cruise return to a role that made him one of Hollywood's hottest stars - US Navy pilot Pete 'Maverick' Mitchell. Cruise was in his early 20s when he shot the original, although you'd never know that more than thirty years had passed since he recorded his role by looking at him. Although time doesn't seem to have passed for Cruise, it has for his character. 'Maverick' is desperately clinging on to his flying career by serving as a test pilot and training new recruits to the Navy, resisting any attempt to promote him, and move him to a desk job. In true action movie style, the situation quickly takes a turn for the worst. The movie's promotional material promises that Maverick will be forced to confront a 'ghost from his past,' and that 'sacrifices must be made' in order to complete a dangerous mission. In short, it's going to be a thrill ride that promises to bring tears and laughter by the time the credits roll. Val Kilmer - who almost never makes major Hollywood productions anymore - has also returned to his role as 'Iceman' from the first film. Meg Ryan has elected not to return as Carole Bradshaw, so Jean Louisa Kelly has stepped into her shoes.

Coming back to the point we raised in the opening of this article, there's another vital piece of 'Top Gun' history returning with the film. Kenny Loggins has confirmed that he was approached about allowing 'Danger Zone' to be used in 'Top Gun: Maverick,' and he was happy to give his blessing. Film composition legend Hans Zimmer has also done work on the soundtrack, working with Harold Faltermeyer. Given the fact that we know the movie was filmed in IMAX-Certified 6K cameras, it's a movie that should both look and sound spectacular. Whether or not the plot is as spectacular remains to be seen, but there are enough familiar characters and competent writers and performers involved to make it a success. We doubt that Tom Cruise would have been persuaded to come back to the part after such a long absence if he hadn't been totally convinced by the script. We, therefore, have every confidence that this is going to be a fantastic film - it's just going to take a little longer than we imagined for us to see it!