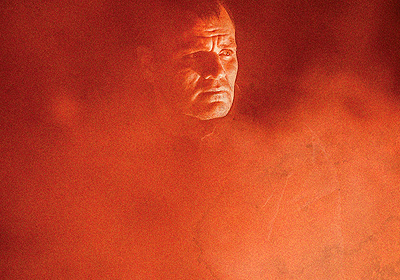 "a brutal documentary that wants to shine a light over a social affliction that most people ignore and in doing so, it gives a strong voice to courageous people who need to be heard"

Focusing on highlighting the difficult situation in Ukraine, both regarding the conflict with Russia and the social affliction of too many children living in the streets, Almost Holy follows one man and his fight against drugs, abuse and crime in the town of Mariupol. Pastor Gennadiy Mokhnenko’s mission is not only to serve God and spread his word, but to save as many children as possible from the streets in Ukraine.

After the USSR’s fall, Ukraine went through a really dark time. In its political transition to try and be part of the EU while still defending its border from Russia, the Ukrainians suffered from starvation and poverty. The worst of it, however, was suffered by children.

Without any kind of family support or a government ready to protect them, children fell through the cracks of bureaucracy. To fend for themselves and survive in the streets, most of them got cut up in the drugs trade. Like his beloved Crocodile Genn, the cartoon character who does its best to save his friends from a bully, Pastor Gennadiy focuses all his strength and resources in opening a shelter for drug addicted children with a rehabilitation program to help them get back on their feet in Mariupol, with the hope of doing the same all over Ukraine.

His personal battle against Russia and the fallacious Ukrainian government became public domain thanks to Pastor Crocodile’s involvement with the well known “sick of it” campaign. However, while many people believe that his commitment towards a free and independent Ukraine was pushed by his greedy need for success, Pastor Gennadiy’s crusade against child abuse was motivated by a desire to see his country be great again after years of abuse and submission to the Russian government.

Directed by Steve Hoover, Almost Holy is a documentary that doesn’t shy away from the reality it is representing, the camera relentlessly follows the brutality of the situation overflowing the streets in the Ukraine. The words spoken by the Pastor are honest and harsh when he describes the situation in which many kids are forced to live.

The desperation that brought these children to fall into the hands of drug dealers, who just want to abuse them and leave them for dead when they become useless, is analyzed through the Pastor’s words and portrayed vividly in these kids’ eyes.

The pace of the film is quite fast and tumultuous and the scenes are divided between real footage of the Pastor’s mission recorded by the local TV stations, the moments recorded for the movie and the many interviews that Pastor Gennadiy had with the director. The sorrow is clear in his voice, however, the determination to see his children safe is stronger than any obstacle, including the impending war with Russia.

Among the desperation and the hopelessness of the images shown on the screen, Hoover was able to capture every single moment of collaboration, happiness and faith, giving the audience time to breath between one dramatic moment to the other. This equilibrium, along with the poignant soundtrack, allows the film to leave a stronger impression in the viewers’ memory without overwhelming them with one real and atrocious scene after the other.
Pastor’s Gennadiy strong discipline has been matched with respect and love for all his children who were able to pull through and build a life thanks to his hard work.

All in all, Almost Holy is a brutal documentary that wants to shine a light over a social affliction that most people ignore and in doing so, it gives a strong voice to courageous people who need to be heard in a world in which it’s becoming easier and easier to be desensitized from violence and horror.