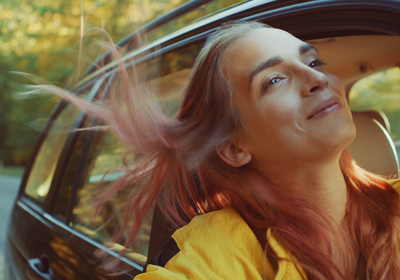 Part road trip, part coming of age drama and part an examination of strained parental relationships, Laurent Micheli’s Lola and the Sea may not seem to be thematically an original film, but none the less it contains more than its fair share of warmth and humanity to strike a chord.

The film tells the story of the titular Lola (Mya Bollaers), a Belgian teenager whose decision to transition from a boy to a girl has seemingly been the catalyst for the breakdown in the relationship with her father Phillipe (Benoît Magimel). When Lola’s mother passes away, the two are forced to take a road trip with the ashes to scatter them as per her final wish.

The notion of grief lingers in the background as both Lola and Phillipe mourn the loss of an individual whom meant so much to both of them despite their own misgivings towards one another. In separate scenes, both characters call her voicemail to listen to the sound of a lost voice.

As the story unfolds and conflicts become less intense and regular, you may expect a neat reconciliation to unfold but the film doesn’t offer simple answers to complex, deep-rooted issues. Lola’s transitioning causes much anger in Phillipe but discussions around it are given a sense of balance by the script whilst Phillipe’s prejudices, like all others, comes from a lack of education and understanding on the subject matter.

As we learn more of the relationship, director Laurent Micheli manages to draw parallels between father and daughter – most notably in a scene of road rage that culminates in a memorable rendition of 4 Non-Blondes ‘What’s up?’

Built around two excellent central performances and with characters that feel genuine when they could easily slip into caricature, Lola and the Sea is an interesting, thoughtful and smartly made film.