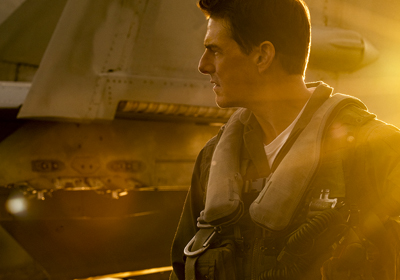 "the aerial stunts are amazing, even more amazing is the fact that they are real and don’t utilise CGI"

In 1986, Top Gun burst onto the Cinema screen and now 36 years later, it finally has a sequel with Top Gun: Maverick. Directed by Joseph Kosinski and starring Hollywood legend Tom Cruise, Top Gun: Maverick is a triumph from start to finish.

Originally set for release in 2020, Top Gun: Maverick was a victim of the Pandemic as well as Cruise’s insistence that the film must be seen on the big screen, and he’s right! Top Gun: Maverick is fantastic, the aerial stunts are amazing, even more amazing is the fact that they are real and don’t utilise CGI. It definitely needs to be seen on the big screen, and I was fortunate enough to see it in IMAX.

We follow Cruise’s Pete “Maverick” Mitchell as he he ordered to return to Top Gun to teach the next generation of the best of the best fighter pilots following the collection of intel that an unnamed enemy is amassing Weapons of Mass Destruction with their base of operations being in a near impossible place to take out. It's a clever move not to name the enemy, and unlike its predecessor the threat is ever present from start to finish.

The chemistry is great, all the principal cast work well together, and whilst this is a Tom Cruise film, everyone has their time to shine, notably the return of Val Kilmer as Tom 'Iceman' Kazansky is particularly touching when you consider that in real life Kilmer doesn’t have a voice anymore due to illness, and with it expertly recreated using AI technology, just shows the level of commitment Joseph Kosinski and his creative team have to the legacy of Top Gun.

The music accompanies the action well, and has some very well done call backs and nods to its predecessor right down to the obligatory beach scene.

All in all, Kosinski was a fantastic choice to do a follow up to Top Gun, and I’d certainly be interested in seeing a third instalment, and with the reception that Top Gun: Maverick has received, a follow up is likely to happen.