Greta is a poet, actress and filmmaker.

She was born in London and made her acting debut in Harry Potter and the Goblet of Fire at the age of thirteen. She trained at RADA where she performed a variety of theatre roles, before going on do a B.A. in English at King’s College London.

She released her documentary ‘The Safe House A Decline of Ideas’, in 2016 with Curzon Home Cinema. A love letter to the public libraries and an appeal against their closure.

As an actress Greta is represented by Tavistock Wood in London. Her latest film ‘Hurt by Paradise’ premiered at Edinburgh International Film Festival 2019. It was nominated for the prestigious Michael Powell Award for Best British Feature Film and Best Performance in a British Feature film. The film is currently in nomination at Raindance Film Festival for Best UK Feature.

As a poet Greta Bellamacina was shortlisted as Young Poet Laureate in 2014. Since then her poetry has been highly praised internationally, she has edited three books of poetry including ‘Smear’ an anthology of contemporary feminist poetry. And has released four collections of her own poetry. She regularly performs her work live and on the radio. Dazed Magazine said Greta “unapologetically confronts self-image, body autonomy and our relationships with each other, celebrating the imperfect, frank woman”.

Last year she was commissioned by the National Poetry Library to write a group of poems for their Odyssey series. Her latest collection of ‘Selected Poems 2015-2017’ published by New River Press has been republished into a bilingual Spanish edition by Valparaíso Ediciones, 2019.

Her new collection ‘Tomorrow’s Woman’ will be published in the US and available worldwide with Andrews McMeel, in 2020. 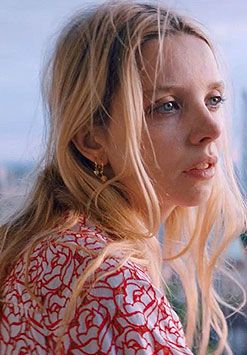