British actress. She is best known for portraying the warrior Brienne of Tarth in the HBO fantasy-drama series Game of Thrones and Lexi in the science fantasy series Wizards vs Aliens. In film, Christie started with minor roles in the Terry Gilliam films The Imaginarium of Doctor Parnassus and The Zero Theorem, and is set to appear as Commander Lyme in The Hunger Games: Mockingjay – Part 1 and Part 2, and in the upcoming Star Wars Episode VII: The Force Awakens. 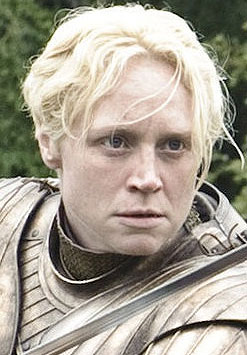