Marc Zammit lives and grew-up in London, has been acting for 15 years and appeared in high profile UK TV dramas such as The Bill, Law and Order, After You’ve Gone and Silent Witness. He took his first leap into film starring in the award-winning indie feature film “Pandorica”. Zammit fell in love with the idea of making his own feature films to tell stories that really connect and matter and started film production company, Aptitude Films.</p>
<p>With many of the characters and scenarios adapted from true stories of homelessness relayed to him during his research for the film, Zammit’s debut feature has taken 4 years of hard work to complete. 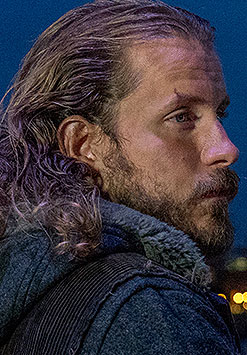