American model and actor. Schwarzenegger’s parents helped him found his company Project360 when he was 15. The philanthropic clothing line has a full menswear collection on the horizon and a mid-five-figures net from 2010, according to Details magazine.

Patrick is also signed with LA Models, which has plans to push him for Ralph Lauren and Armani ad campaigns. He has stated that he hopes to raise awareness of his clothing company by taking on high profile modeling jobs.

In 2011, he worked a summer internship at The Grove, an upscale outdoor mall in Los Angeles. He posed shirtless for a highly visible Hudson Jeans billboard advertisement seen on Sunset Boulevard in Hollywood. In October 2013, he starred as Romeo in the music video for “Right There” by Ariana Grande. 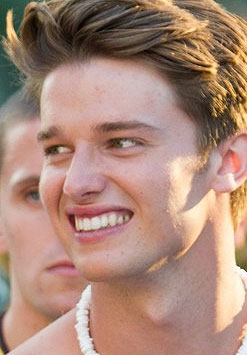