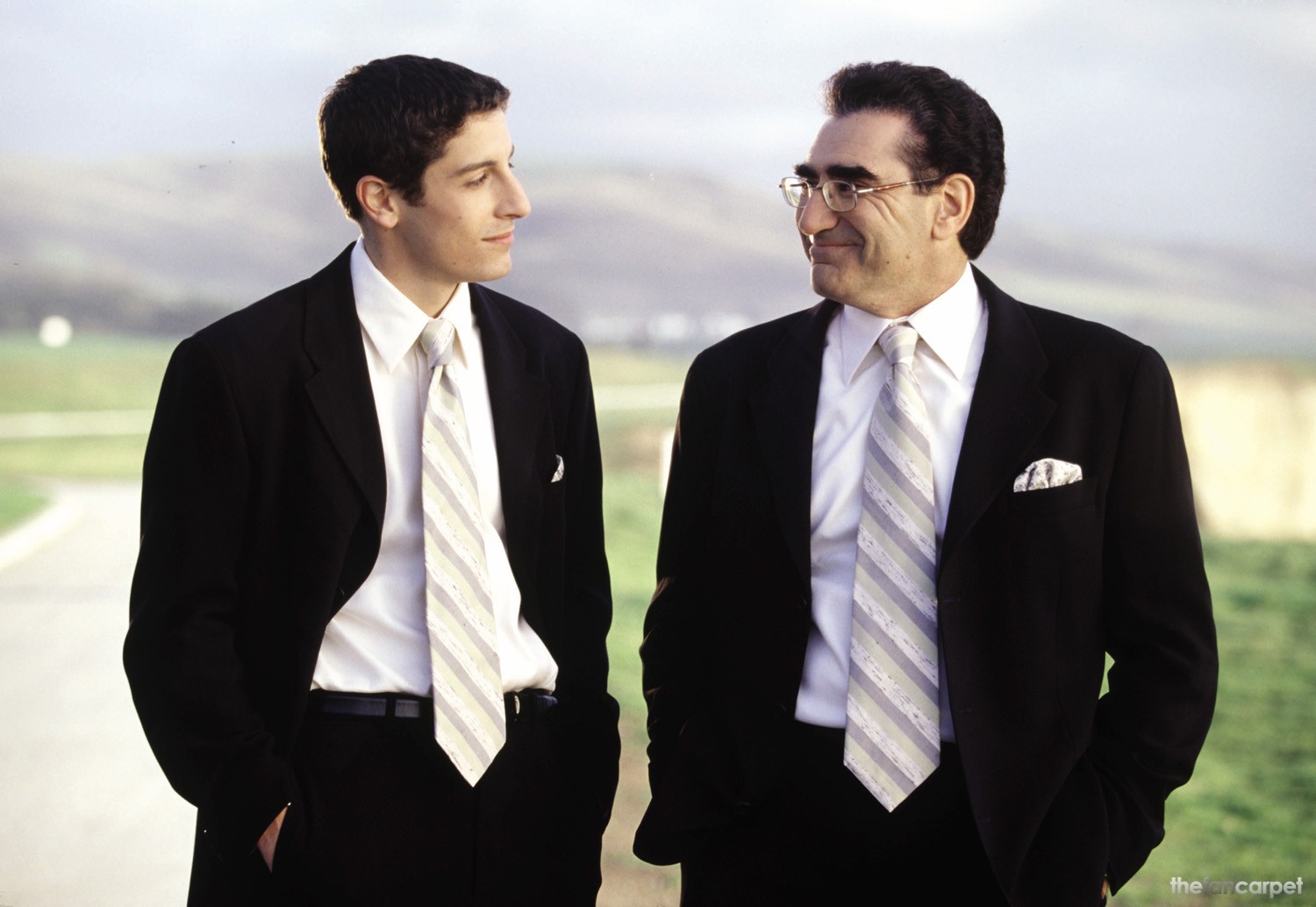 The outrageously loveable characters embraced by audiences all over the world in American Pie and American Pie 2 reunite this summer for a very special occasion: American Wedding.

With East Great Falls High now just a memory, the kids have grown into young adults ready to wreak havoc with a new rite of passage – Jim and Michelle are getting married – in a hurry. Jim’s grandmother is sick and wants to see Jim walk down the aisle, so they’re going for it in two frantic weeks. Stifler plans to be there (bridesmaids!), and more importantly to throw the ultimate bachelor party (strippers!). Finch is all for the hedonistic rituals, but not for letting Stifler steal the maid of honor, who happens to be Michelle’s sexy younger sister, Cadence. While everybody else sweats and frets, Jim’s Dad is cool as ever, dispensing advice that no one wants to hear and getting ready for one of the best days of his life.