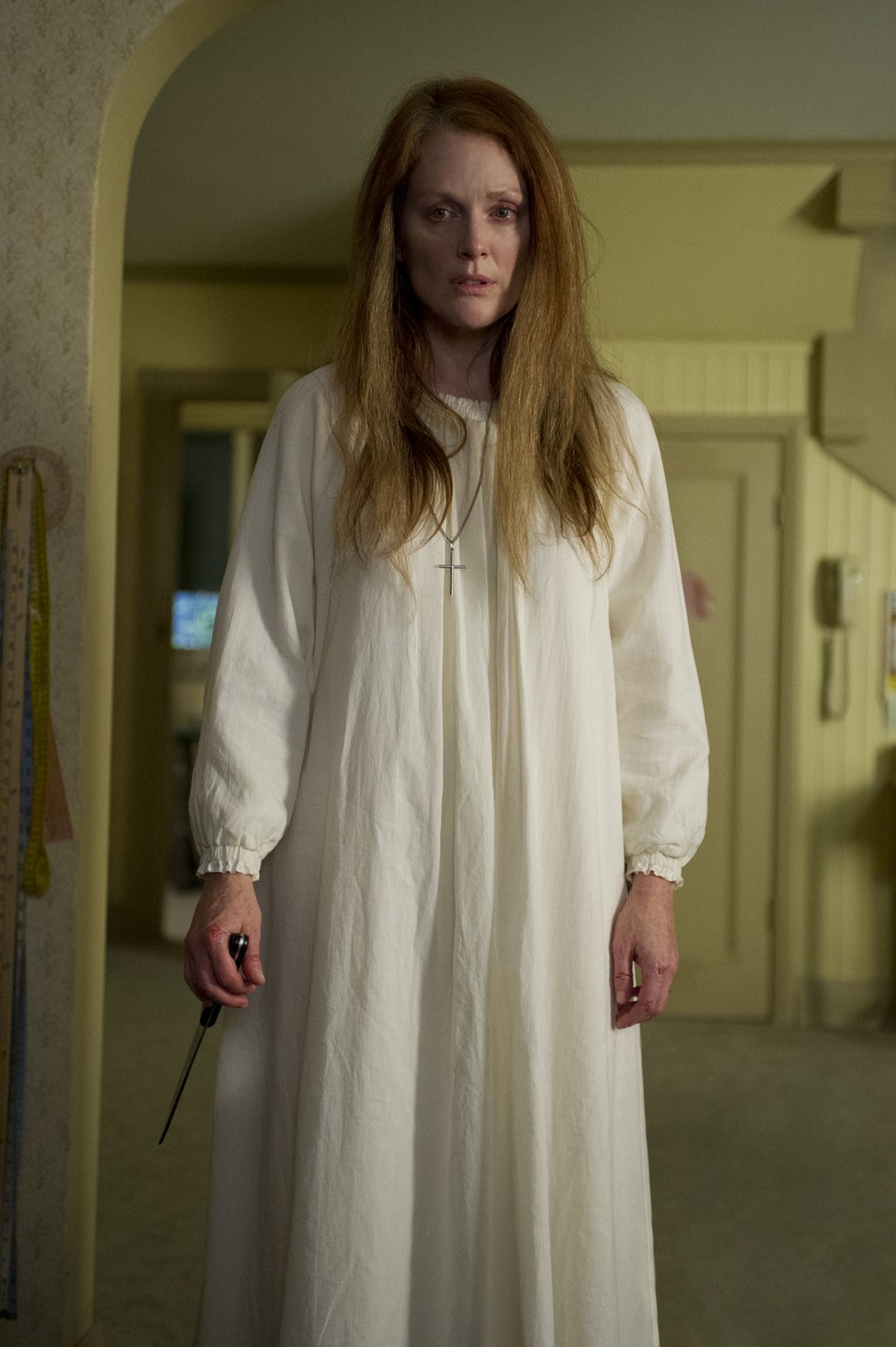 Carrie. Homely outcast high school girl with a religious zealot mom has long had telekinetic powers.  When bullied by her peers she exhibits her powers more, and when a cruel trick plays out on prom night she unleashes her telekinetic wrath and destroys her school, her mother, and herself.