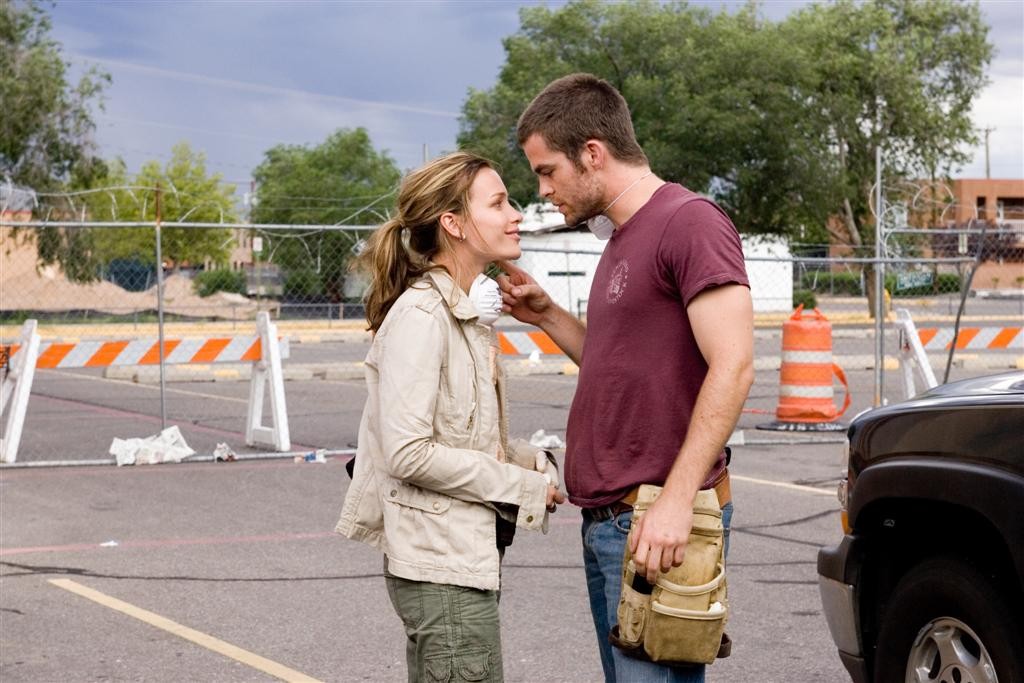 In Álex & David Pastor’s CARRIERS, no one is safe from the viral pandemic threatening to wipe out the human race.  Determined to elude the deadly virus, Danny (LOU TAYLOR PUCCI), his brother Brian (CHRIS PINE), his girlfriend Bobby (PIPER PERABO) and Danny’s school friend Kate (EMILY VANCAMP) speed across the Southwestern U.S. to reach a place of possible safety.  Encouraged by a childhood memory, Danny has convinced the group that a secluded surfer beach in the Gulf of Mexico is their best bet.  Once there, they can live peacefully and wait out the end of the virus to emerge into a new day as survivors of this apocalyptic disease.

The rules of their new world order are simple: take obscure roads; avoid contact with other humans at any cost.  Yet their carefree attitudes start to wither the longer they travel, their childhood innocence slowly eroding amidst the remains of empty highways and towns, as they face battles with equally self-protective survivors or the infected reaching out in a hopeless bid for help.

Over the course of four days, the group is faced with moral decisions that no human should ever be forced to confront.  They discover that their greatest enemy is not the virus attacking humanity, but the darkness they discover within themselves.