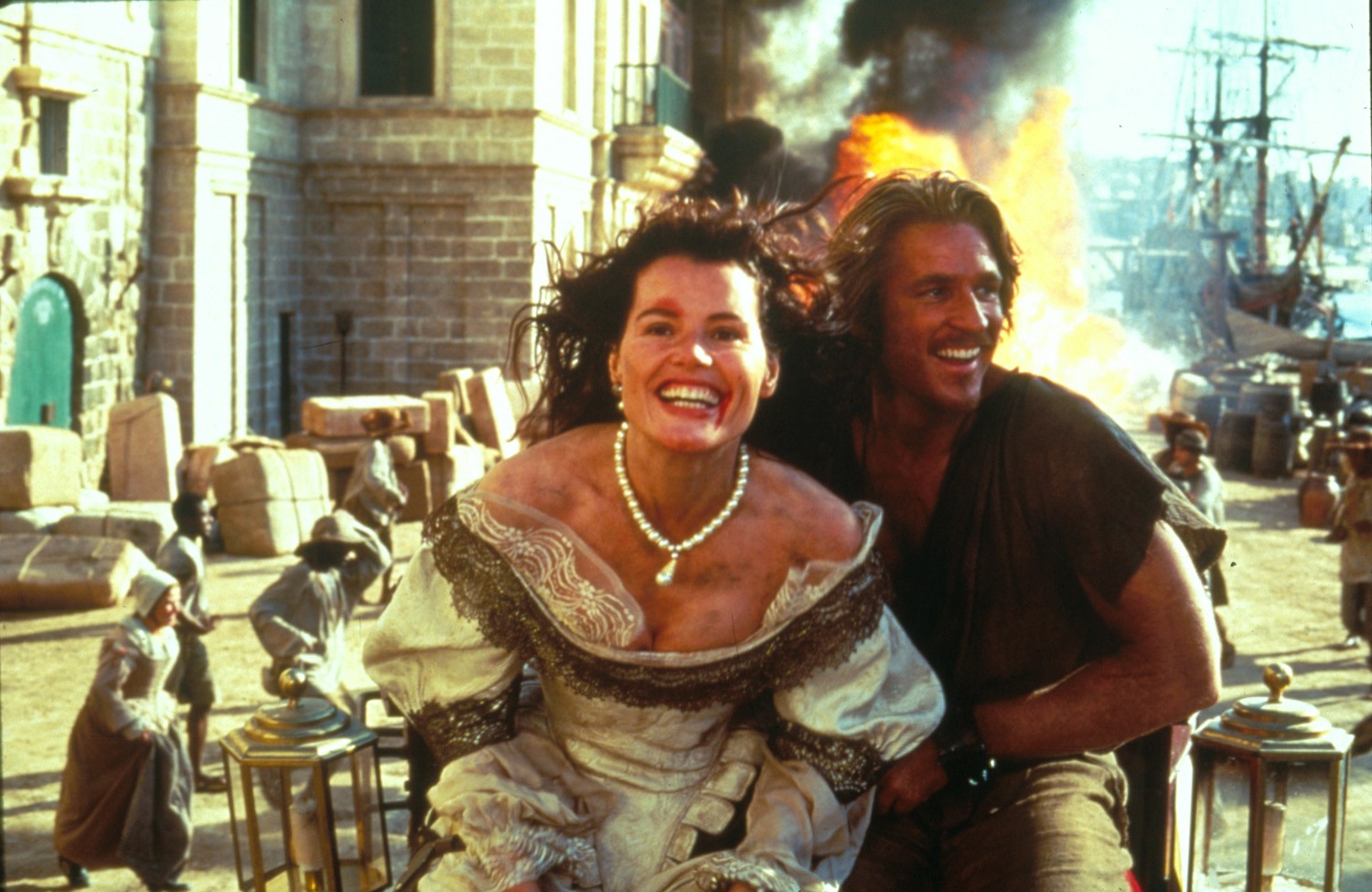 When pirate Captain Harry Black gets fatally wounded in battle, he passes on his ship, a crew of bandits and one third of a treasure map to his daughter, Morgan. But before she can hunt for the treasure, she must find the missing sections of the map. With the help of a small loyal band of her crew and petty thief William Shaw, Morgan sets out to command the ship against mutiny, retrieve the missing maps and fight off her villainous Uncle Dawg Brown and his band of henchmen to find the hidden treasure of Cutthroat Island.