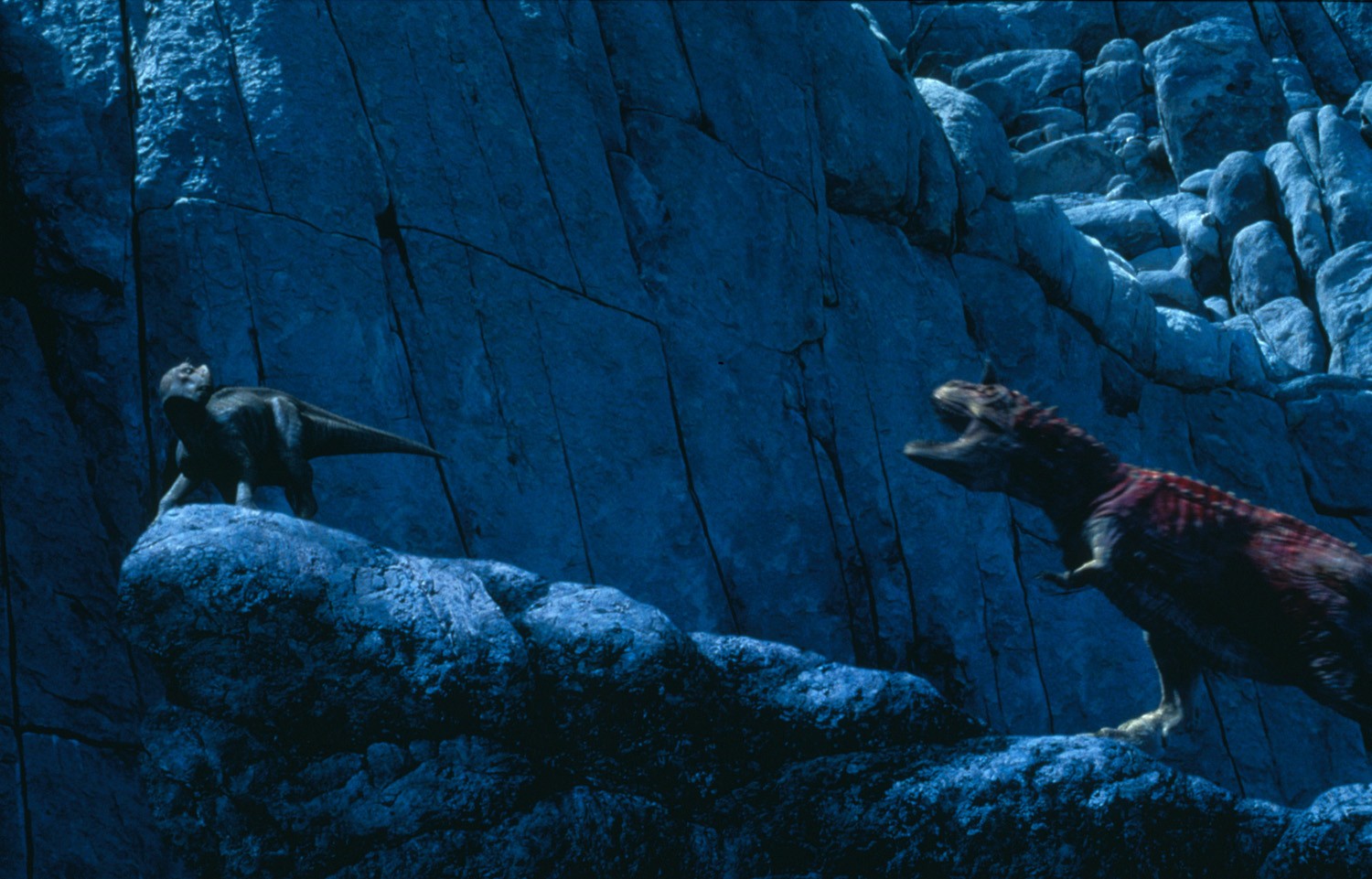 With DINOSAUR, Disney breaks a new stride in the technological revolution of computer animation–combining computer-animated characters with digitally enhanced live-action landscapes. The effect is literally unbelievable and the clarity, realness, and definition of the pictures easily make the once surprising effects of virtual reality seem like the dark ages.
A dinosaur egg is stolen from its nest and passed along by various birds, animals and other predators each hoping to eat it. Fumbled into a community of kind and nurturing lemurs, it cracks open and Aladar, a baby dinosaur emerges. He lives happily and peacefully among the lemurs, who raise him into adolescence. However, when a natural disaster occurs, wiping out the beautiful rainforest that was their home, teenage Aladar joins a dinosaur pilgrimage–and discovers his true ancestry–in order to bring his lemur family to safety. Far sweeter and much more realistic than recent dinosaur movies like JURASSIC PARK or even classics like THE LAND BEFORE TIME, these new digital dinosaurs are surprisingly human with emotional eyes and expressive voices that make the magic nearly tangible.