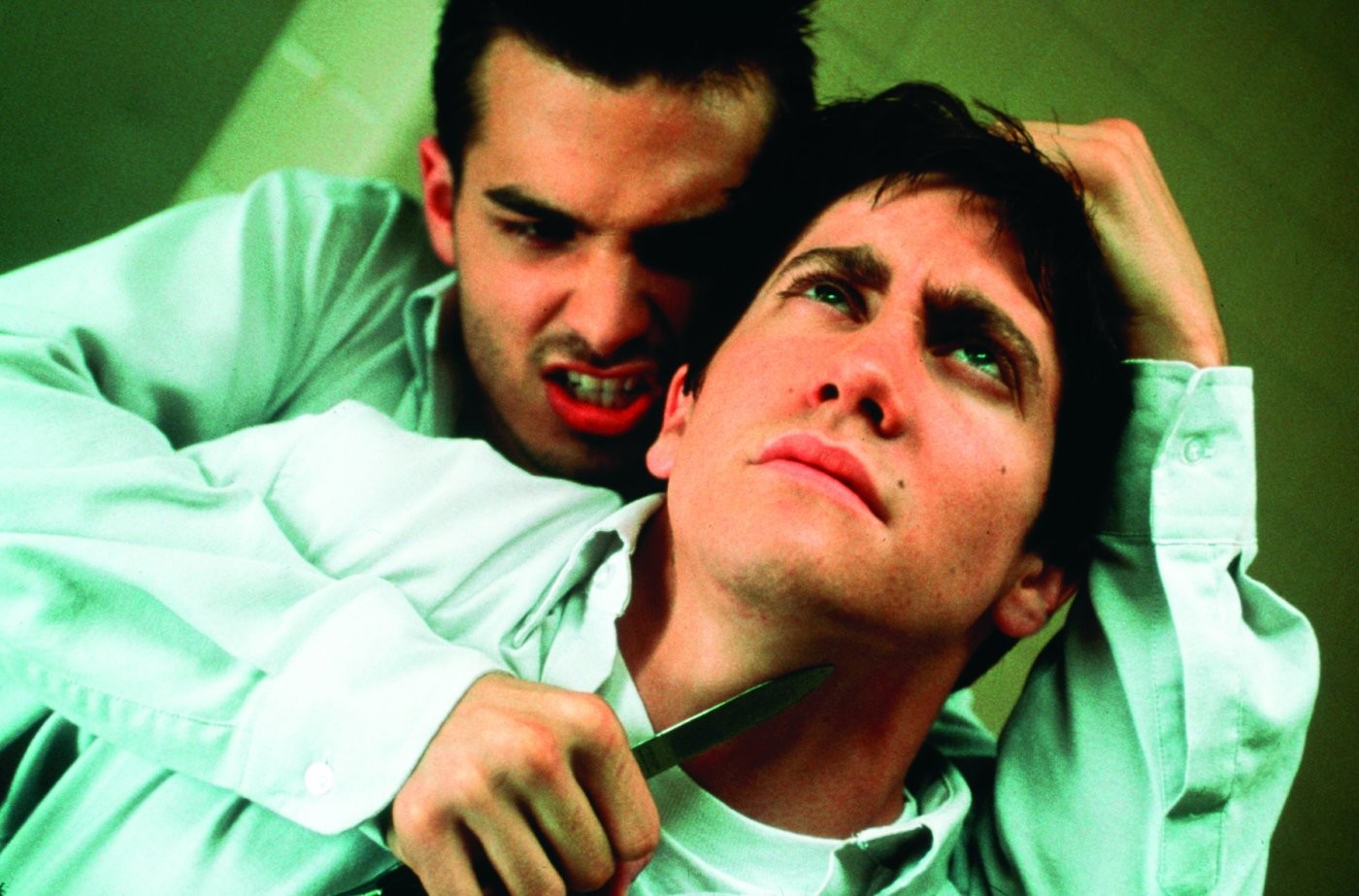 Writer-director Richard Kelly’s bold debut film is a social satire, a dark comedy, a science fiction time-travelling fantasy, and a suburban nightmare about an extremely intelligent, depressive, self-destructive, narcoleptic, gun-toting, sex-crazed, teenaged arsonist: Donnie Darko (Jake Gyllenhaal). DONNIE DARKO is not your typical teen comedy. But, like GHOST WORLD and RUSHMORE, it uses the trappings of the teen comedy as the entry point for a subversive and trenchant (and also wonderfully entertaining) look at American life. The difference between those films and DONNIE DARKO is that Donnie is an unlikely hero who just might save the world.

It’s October 1988, in the Virginia suburb of Middlesex. When Frank, a grotesque giant bunny (possibly imaginary), leads Donnie out of his house minutes before a plane smashes through his roof, he not only saves Donnie’s life but also warns Donnie that the world is about to end. Over the next few weeks, Donnie falls in love with Gretchen (Jena Malone) and tries to figure out what his life means. Kelly’s film perfectly captures the unease that is quietly scratching under the surface of suburban late 1980s life. Gyllenhaal leads an exceptional cast, bringing Kelly’s twisted but humane vision to life. An exceptional performance is given by Mary McDonnell (PASSION FISH) as Donnie’s mother.