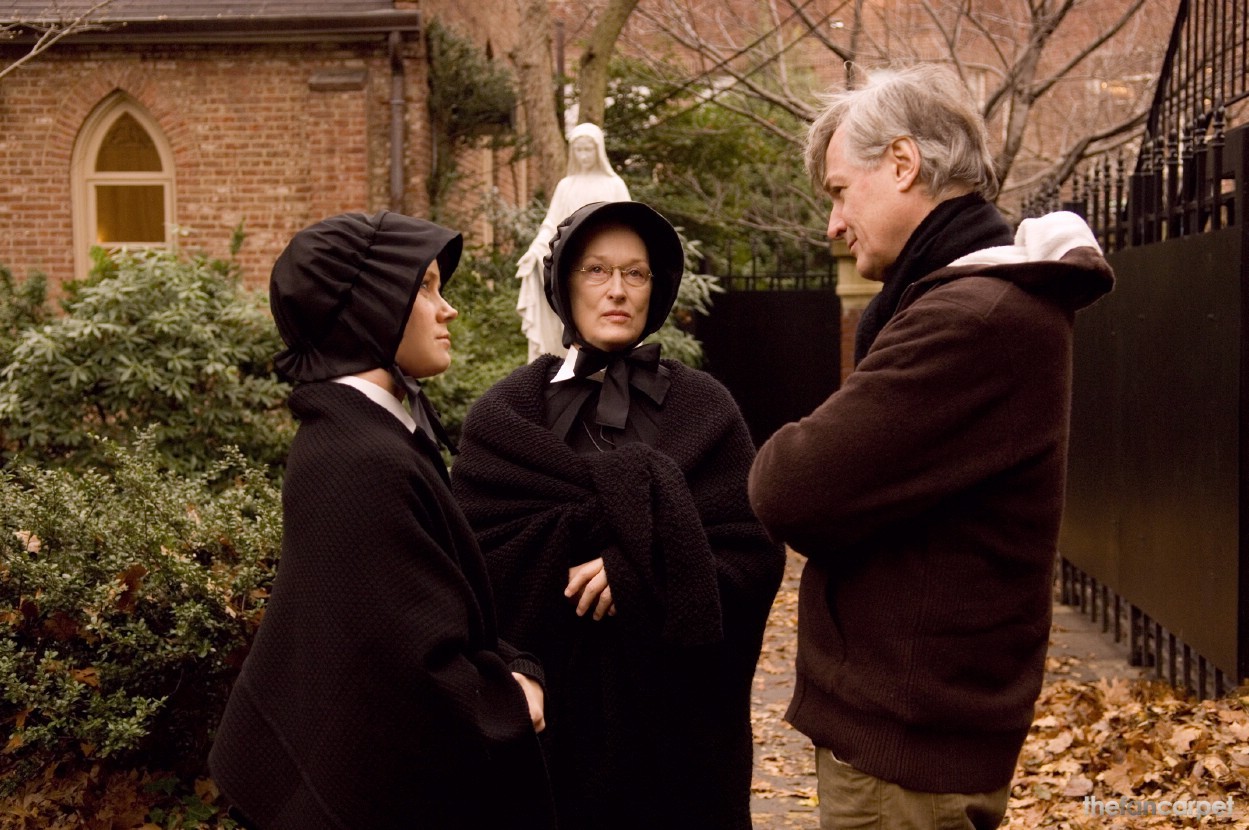 It’s 1964, St. Nicholas in the Bronx. A vibrant, charismatic priest, Father Flynn is trying to upend the school’s strict customs, which have long been fiercely guarded by Sister Aloysius Beauvier the iron-gloved Principal who believes in the power of fear and discipline. The winds of political change are sweeping through the country, and, indeed, the school has just accepted its first black student, Donald Miller. But when Sister James, a hopeful innocent, shares with Sister Aloysius her suspicion that Father Flynn is paying too much personal attention to Donald, Sister Aloysius is galvanized to begin a crusade to both unearth the truth and to expunge Flynn from the school. Now, without a shred of proof or evidence except her moral certainty, Sister Aloysius locks into a battle of wills with Father Flynn, a battle that threatens to tear apart the Church and school with devastating consequences.