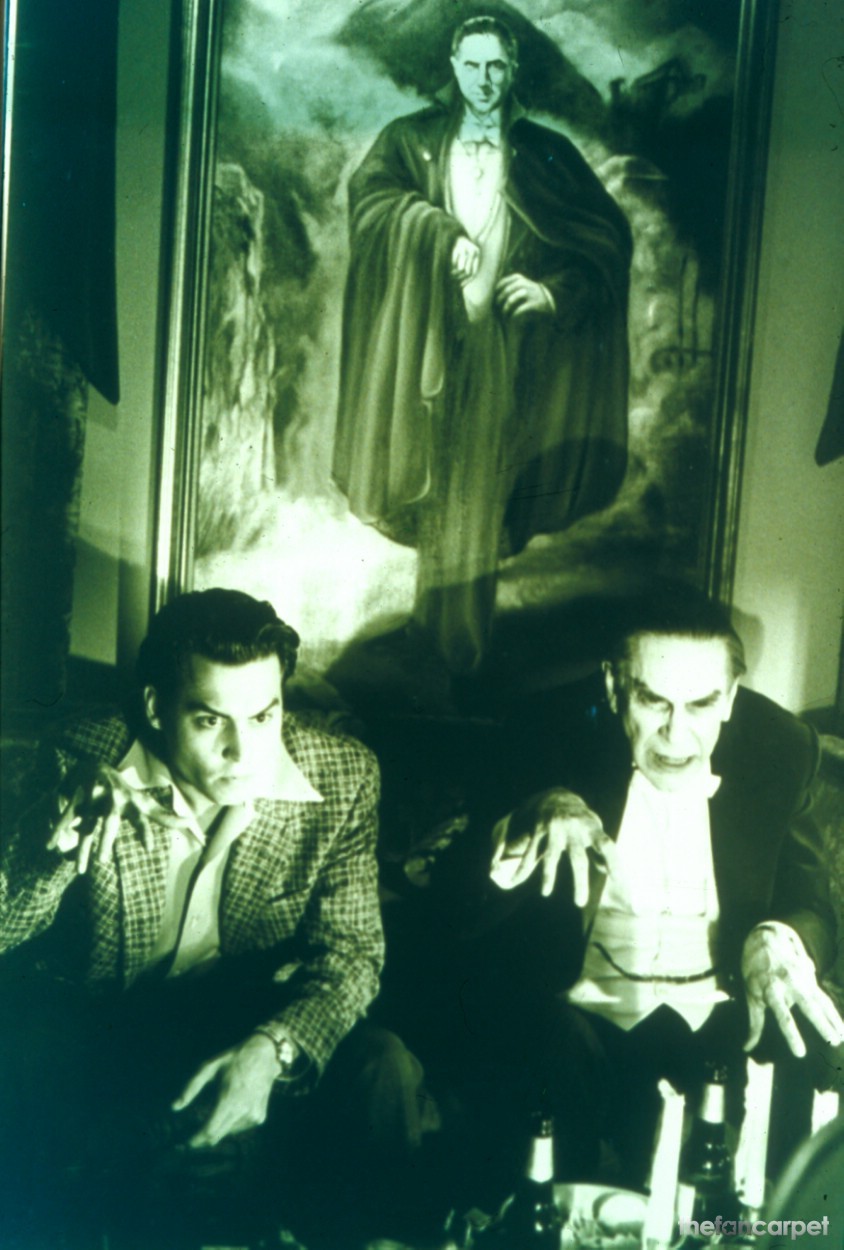 A stranger-than-fiction true story of the early career of Edward D. Wood, Jr., the undisputed ‘worst movie director of all time,’ Tim Burton’s ED WOOD is nevertheless a delightful, zany, and ultimately moving film. Wood was the auteur behind GLEN OR GLENDA? (1953) and PLAN 9 FROM OUTER SPACE (1959), and it is during the making of these two no-budget flicks that Wood is profiled. His friendship with the aging, drug-addicted, former film star Bela Lugosi–who he cast in his movies–is one of the most poignant characters ever portrayed on film. Wood had an infectious enthusiasm which inspired his cohorts, including transsexual wannabe Bunny (Bill Murray), the psychic Criswell (Jeffrey Jones), and behemoth wrestler Tor Johnson (George ‘The Animal’ Steele). To a large extent, ED WOOD celebrates bad filmmaking raised to the level of a fine art form. With his fetishistic style of dressing in for pumps, narrow skirts and angora sweaters, Ed Wood was as much of an outsider as his actors. Perhaps the final irony is that ED WOOD may be one of the best films of all time about one of the worst filmmakers of all time.