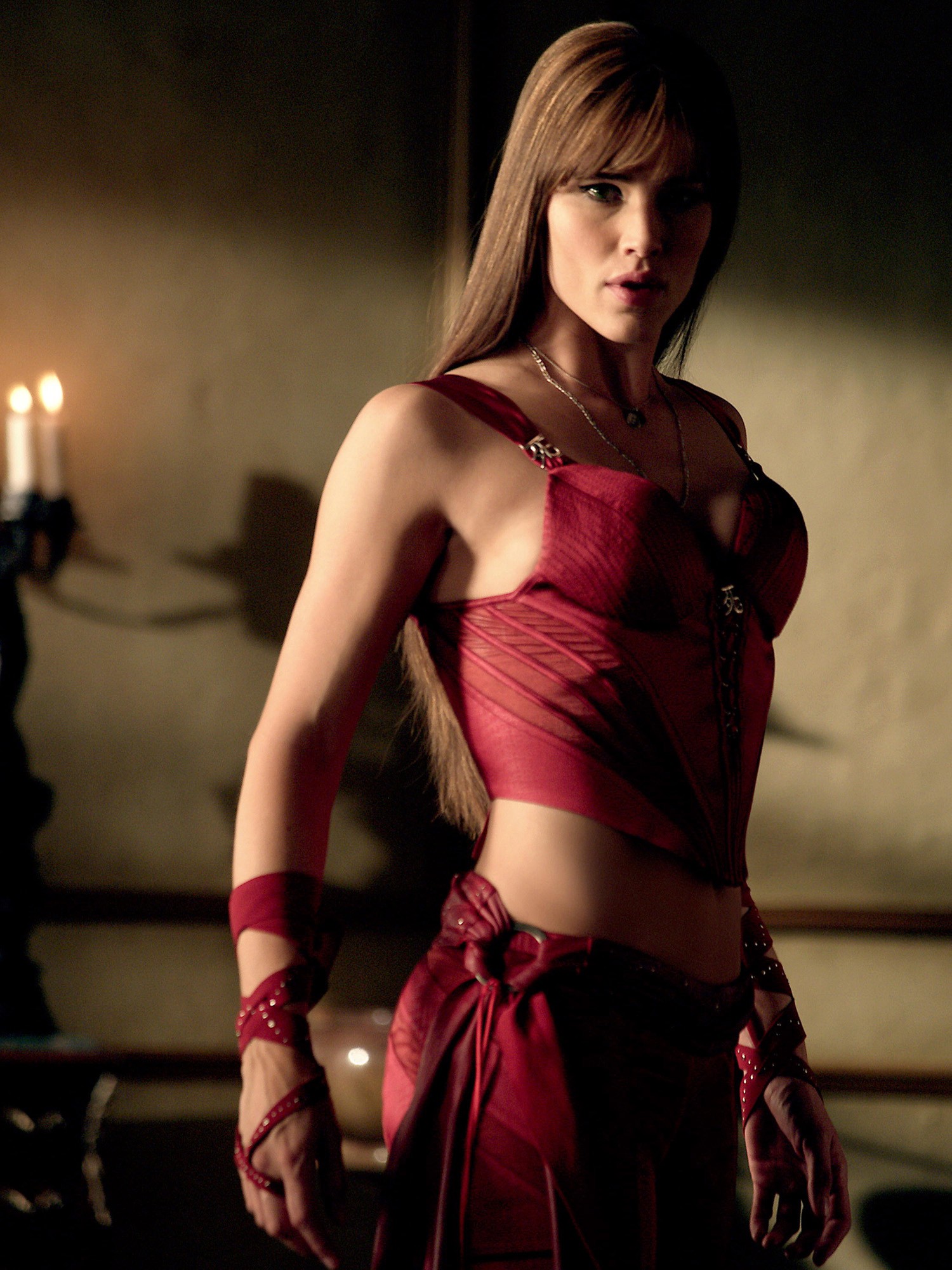 Shrouded in mystery, trainted by tragedy, trained to kill then left for dead. But for Elektra, death was just the beginning. Now she is back …. with a vengeance.

Tortured by her past and haunted by her own mysterious death, Elektra finds herself resurrected. Although her sensei has trained her well in the strict discipline of ninjutsu, he cannot begin to tame her burning rage over the brutal murder of her parents. Elektra’s need to avenge this untenable crime forces her into exile. She becomes an assassin – the best in the business. But for a woman like Elektra killing is no way to make a living.

To save herself, she needs something more than a reason to kill… she needs a reason to live. She finds it in the form of her latest target Abby, a fiesty 13 year old whom Elektra sees so much of herself. Along her journey of redemption, Elektra faces an army of assailants with deadly supernatural powers. Her only allies are her hand-to-hand combat skills, her trusty sai, compound bow and above all her mystical power known as Kimagure… an ability to predict the outcome of events before they happen.