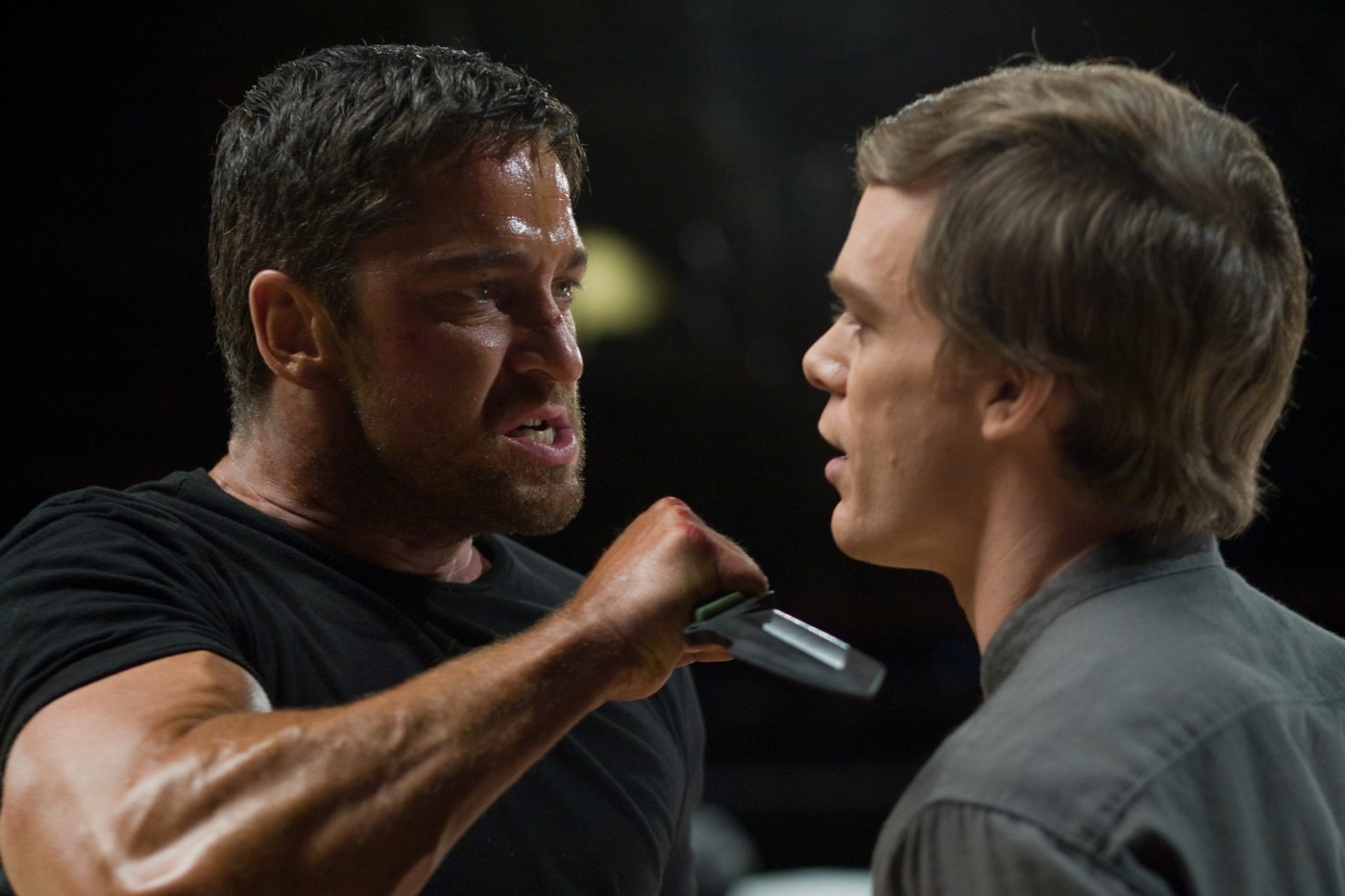 Gamer is a non-stop action thriller that is set in the near future, a time when mind-control technology has taken society by storm. Humans control other humans in a mass-scale, multiplayer online game.  Reclusive billionaire Ken Castle (Michael C. Hall) has created the controversial form of entertainment, “Slayers,” a hugely popular game that allows millions to act out their innermost desires and fantasies – online – in front of a global audience. Gaming has evolved into a terrifying new dimension…mind control…manipulation…people playing people!At the center is Kable (300’s Gerard Butler), the superstar and cult hero of “Slayers,” the savage, ultraviolent first person shooter game. Kable is controlled by Simon, a young gamer with rock star status who continues to defy all odds by guiding Kable to victory each week. Taken from his family, imprisoned and forced to fight against his will, the modern day gladiator must survive long enough to escape the game to free his family, regain his identity and to save mankind from Castle’s ruthless technology.