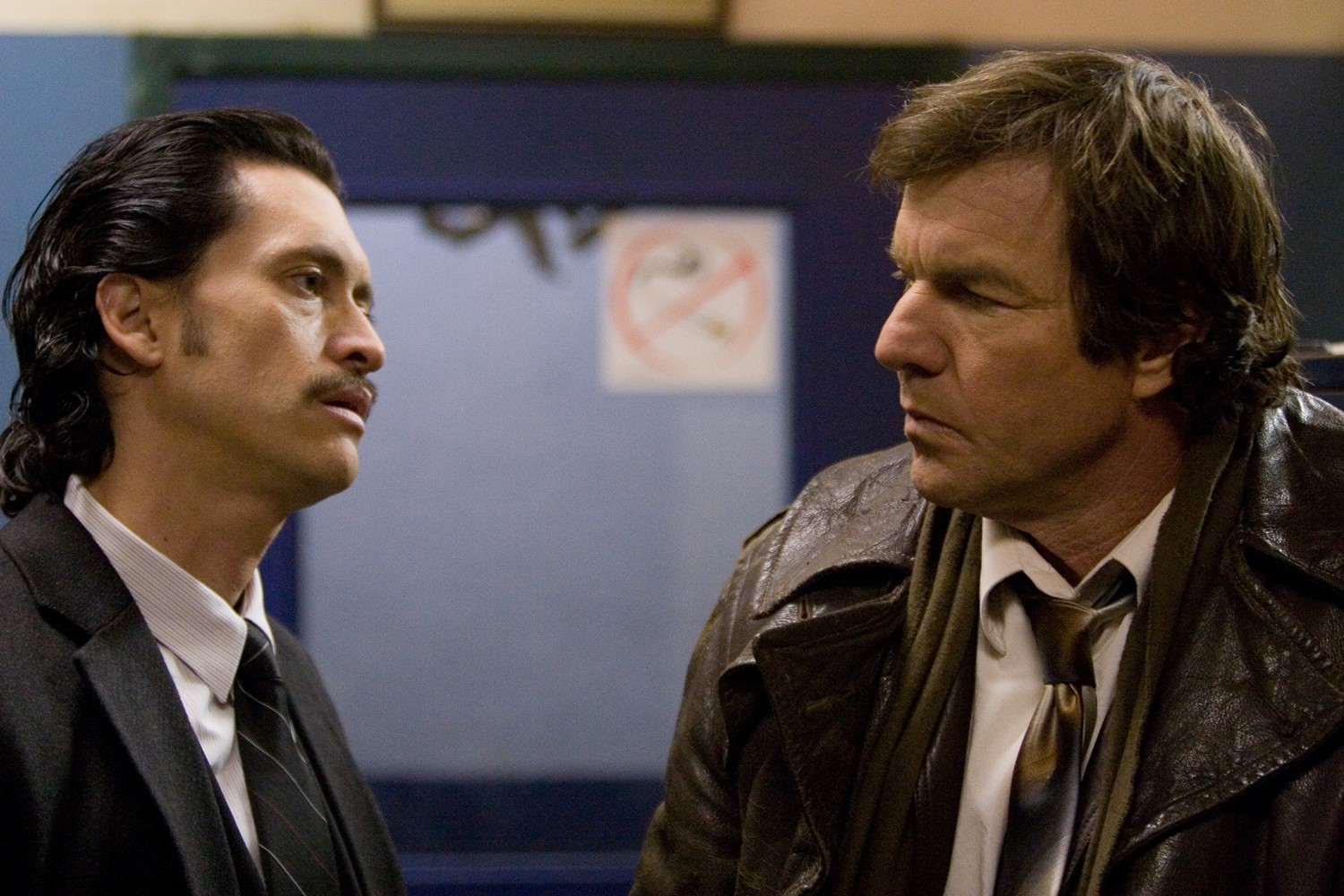 Produced by Michael Bay (Transformers 1 & 2, Armageddon) this chilling crime thriller stars Dennis Quaid (The Day After Tomorrow, G.I Joe: The Rise of The Cobra) as a police detective who has grown increasingly distant from his two young sons, Alex (Lou Taylor Pucci) and Sean (Liam James), since the death of his wife.  At work, he finds himself thrust into an investigation of perverse serial killings rooted in the Biblical prophecy of the Four Horsemen of the Apocalypse:  The White Horsemen, a master of deception and the unexpected leader hell-bent on conquest; The Red Horsemen, a sharp-witted warrior intent on turning man against man, with an innocence that hides a burning rage within; The Black Horsemen, a manipulative and dark tyrant, unbalanced but always one step ahead; and The Pale Horsemen, an executioner with disarming strength, determined to spread death through surgical precision.

As Breslin grapples with each new revelation in the case, he slowly discovers a shocking connection between himself and the four suspects.  Four Horsemen.  Four unrelated victims.  Four painful secrets.  Come and See.