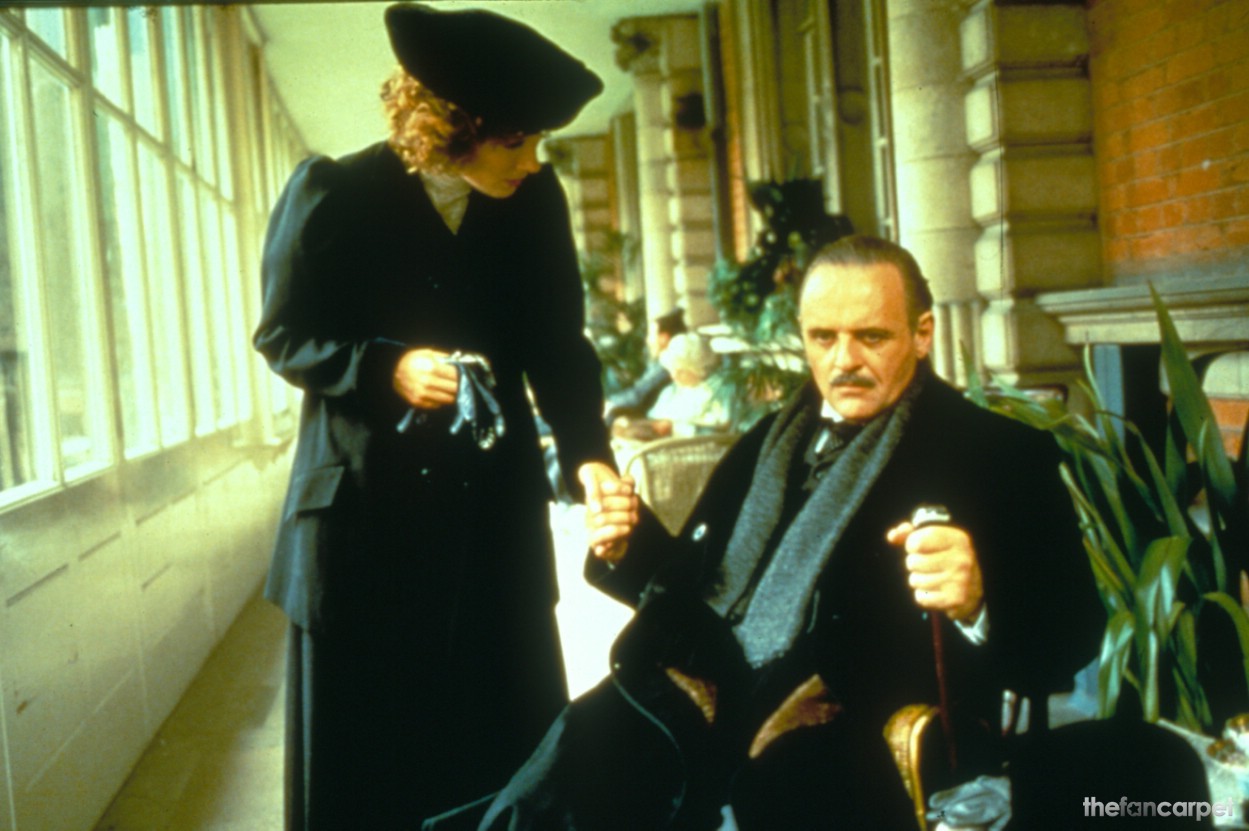 Praised almost as often as its source, Ismail Merchant and James Ivory’s version of E.M. Forster’s best novel is also widely recognized as the most accomplished filmization of Forster’s work. Like Merchant/Ivory’s other Forster adaptations, Howards End is saturated with petticoats, stiff upper lips, suffocating class consciousness, and enough repressed longing to blow a hole through Buckingham Palace. But strip away the tasteful facade, and what remains is a bracing critique of the English class system. The film’s Oscar-winning script, by frequent Merchant/Ivory collaborator Ruth Prawer Jhabvala, is largely faithful to Forster’s original work, capturing the spirit of his prose without making it seem outdated. The lead performances are instrumental in the film’s timely feel; Emma Thompson and Anthony Hopkins earned well-deserved praise for their roles, and Thompson won an Oscar and numerous other awards. Equally remarkable but not as lavishly recognized were Helena Bonham Carter, all righteous fire and headstrong will as Helen Schlegel, and Samuel West, touchingly awkward as Leonard Bast, the cause around whom the war between the Schlegels and Mr. Wilcox revolves, and also its ultimate casualty. Thanks to the work of the entire cast, the film manages to be consistently engaging; thanks to the efforts of its production team as a whole, it is one of the rarest of paradoxes, a topical period piece. It was nominated for 9 Oscars overall, including Best Picture and Best Director, and it also won for Luciana Arrighi’s art direction. ~ Rebecca Flint Marx, All Movie Guide