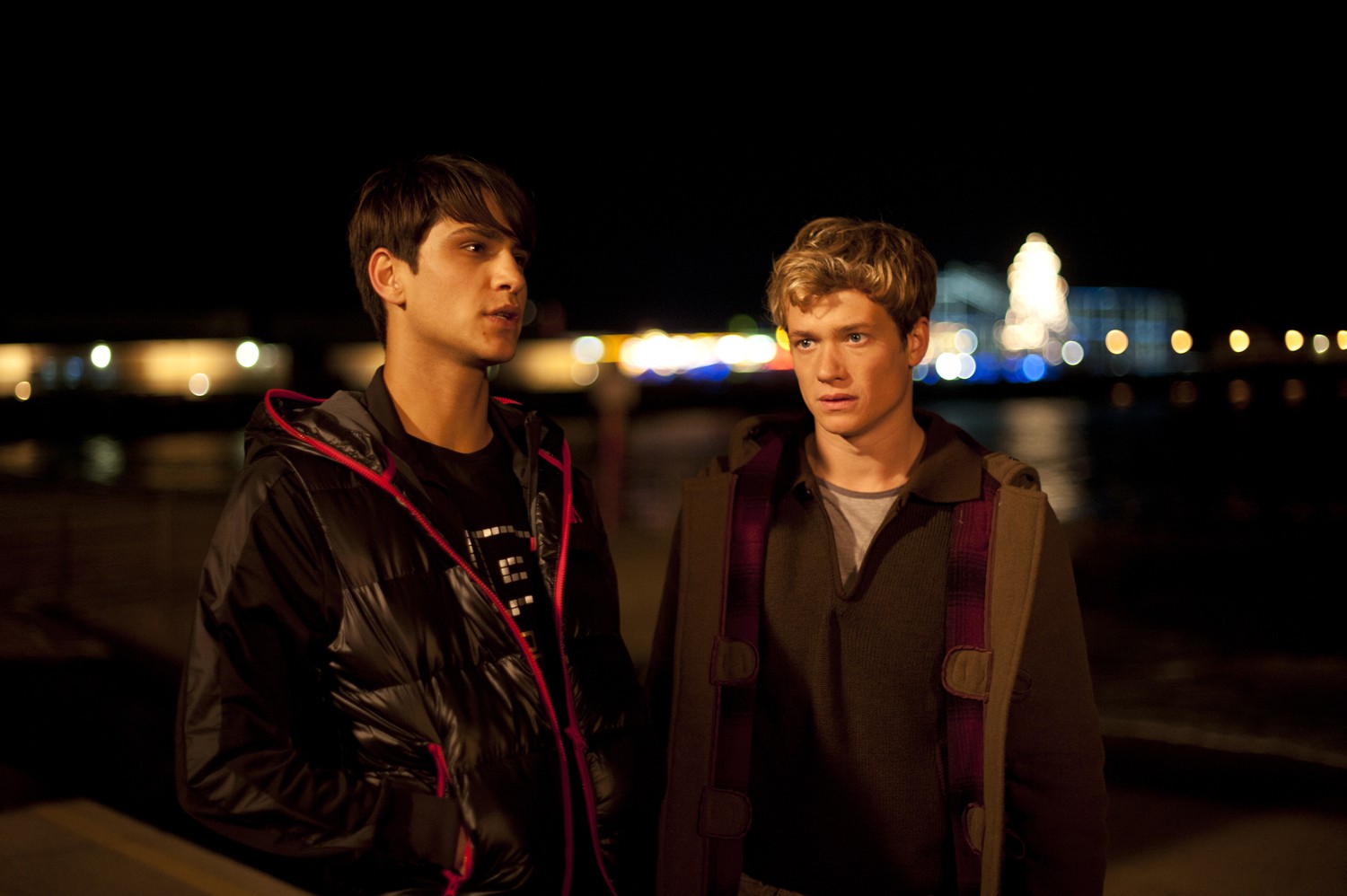 Love Bite. School is over and summer has begun in the dead-end seaside town of Rainmouth. While Jamie’s friends seem to be happy working in the local pie factory by day and looking for a shag by night, Jamie is bored out of his mind, running his pot-head mother’s B&B. He’s desperate to get out of there. But when he meets beautiful, smart and sexy American traveler Juliana at a party, he’s smitten the world is not so small after all. But soon after Julianas arrival, strange things start happening. One of the local teens goes missing at a party. Then, another. Jamie is warned by an enigmatic stranger that a werewolf is in town and preying solely on virgin flesh! The only way to be safe seems to be to pop your cherry. (But that cant be true can it?) As the locals are picked off one by one, the boys fear that a werewolf is indeed after them. And for all their talk, it turns out none of them have ever had sex before Pretty soon, everyone is dying to get laid…