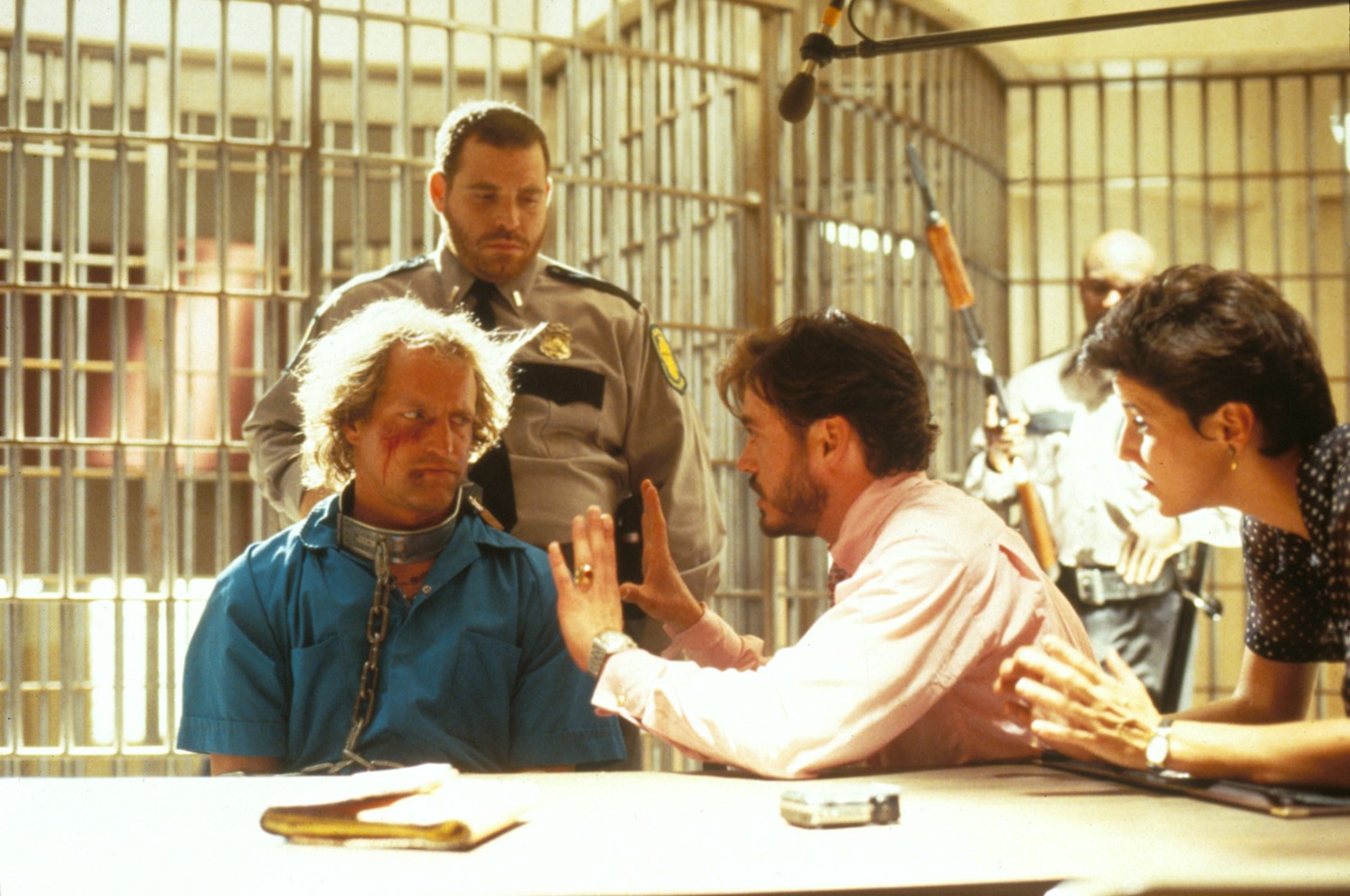 Delivery boy Mickey Knox falls in love with customer Mallory Wilson. He soon helps her kill her abusive father and enabling mother, beginning their macabre journey down Route 666. Their M.O.: every few miles, they attack everyone within their site, invariably leaving only one person alive to tell the tale. The two are made famous by unscrupulous reporter Wayne Gale, as they run across the countryside, pursued by the equally sadistic Jack Scagnetti. Just before the trial, a ratings-whoring interview by the same reporter who made them famous leads to pandemonium, not just within the prison itself, but nationwide. A satire of the media, public opinion, and the modern attitude toward violence.