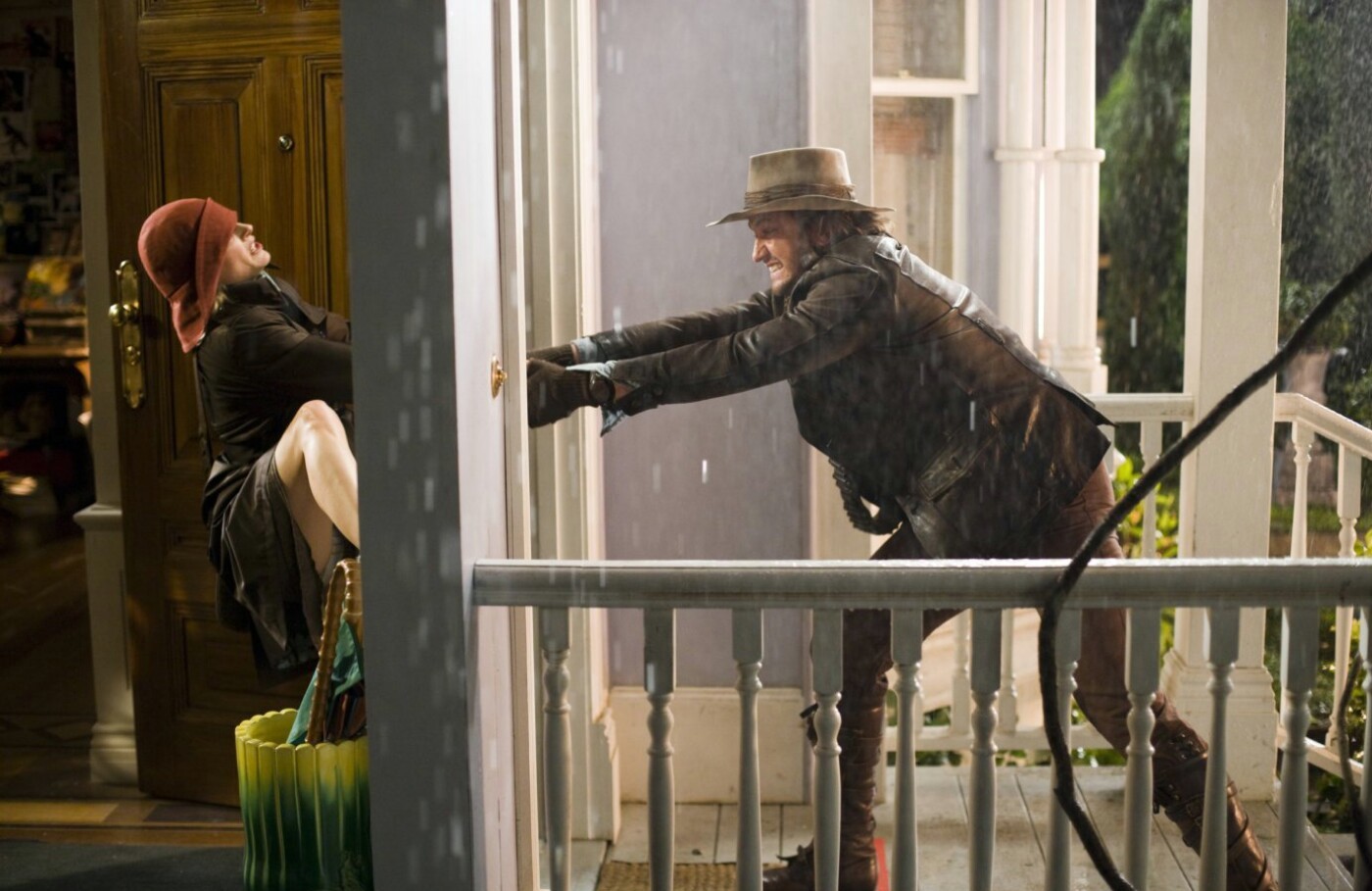 Anything can happen on NIM’S ISLAND, a place where everything runs wild, especially imagination.  Here, a feisty young girl named Nim (ABIGAIL BRESLIN), surrounded by her exotic animal friends and inspired by legends and books, leads an amazing tropical existence that mirrors that of her favorite literary character: Alex Rover, the world’s greatest adventurer.  Nim idolizes Rover, so when her scientist father and the secret island to which he’s brought Nim suddenly seem to be under threat, she reaches out across the deep blue sea to the creator of her hero for help.

But what Nim doesn’t know is that the acclaimed author of the Rover books is, in fact, Alexandra Rover (JODIE FOSTER), a retiring, fainthearted recluse locked away in a big city apartment.  Now, as Alexandra nervously ventures forth into the world and Nim faces the biggest challenge of her exciting young life, they must both draw courage from the fictional gallantry of Alex Rover, and find strength in one another’s willingness to believe, to conquer Nim’s Island.

A comical, inspirational fantasy-adventure, NIM’S ISLAND is about becoming the hero of your own story — as a girl who thought she was alone and a grown woman who thought she was scared of the world discover they can be so much more than they ever dreamed.  The film features 11 year-old Academy Award® nominee Abigail Breslin (Little Miss Sunshine) in the title role; Academy Award® winner Jodie Foster in a rare comic turn as Alexandra Rover; and heartthrob Gerard Butler (300, P.S. I Love You) in a dual role as Nim’s real father and valiant fictional idol Alex Rover.