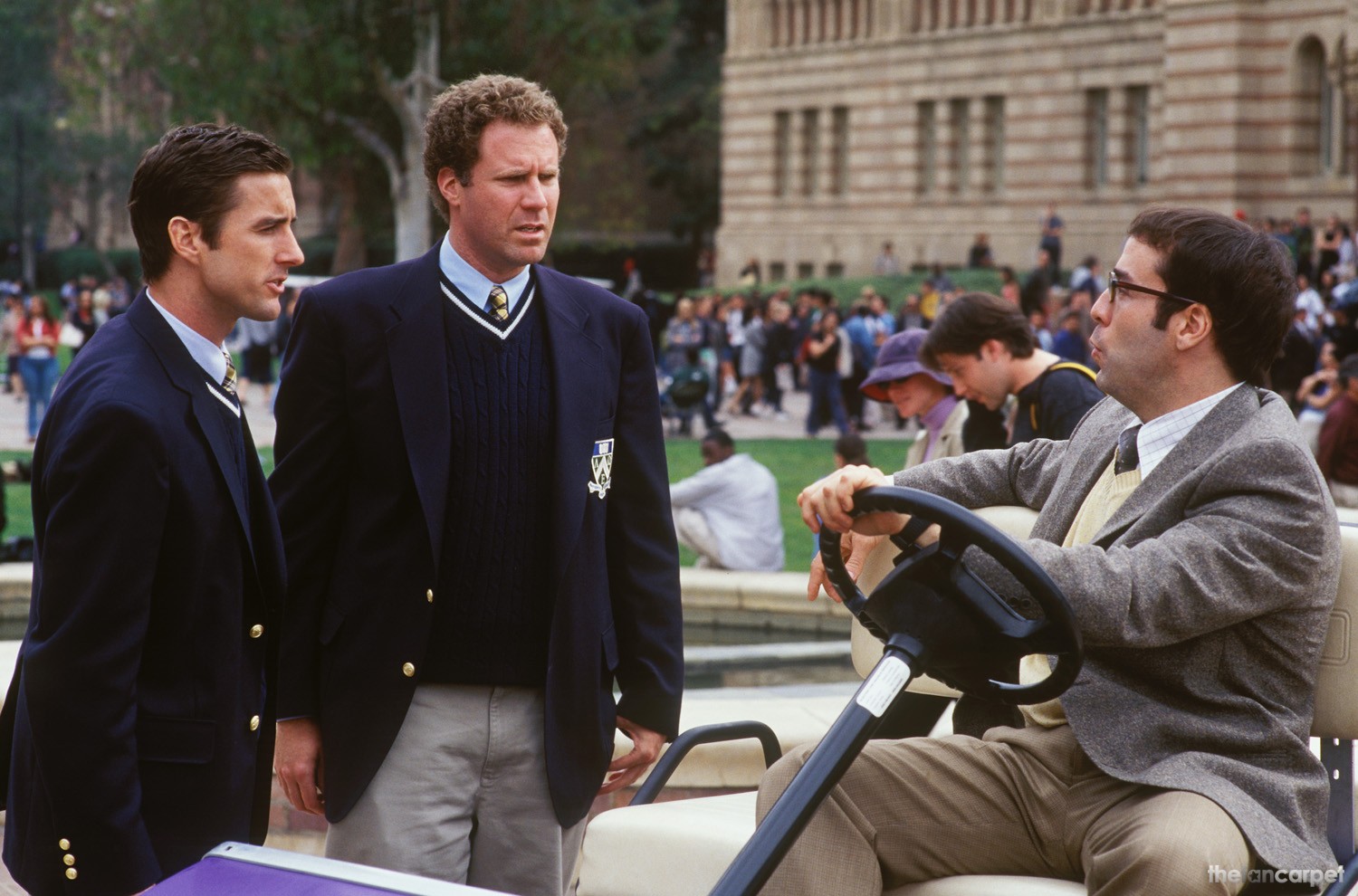 Unfortunately for him, his girlfriend, Heidi (Juliette Lewis), has been getting more adventurous on her own, by throwing wild sex parties while he’s away. When Mitch catches her in the act, he moves out and takes up residence in a house close to the local university.

This prompts his buddies–the newly married Frank (Will Ferrell) and Beanie (Vince Vaughn), a jaded husband, father, and stereo-store tycoon–to throw Mitch a huge party in honor of his renewed single status. Antics at the party lead to the formation of a makeshift fraternity where age and academics don’t matter, and Mitch is the reluctant “godfather.” But when the university’s scheming dean (Jeremy Piven) catches wind of the new fraternity, he becomes determined to stop their fun.

Will the boys overcome the dean’s sinister plans? Will Mitch find love again? Will Frank please stop running around naked? And, hey, isn’t that the cute girl who plays Jack Bauer’s daughter on the TV series 24?

These questions–and many more–are answered in the giddily fun and unabashedly immature OLD SCHOOL.