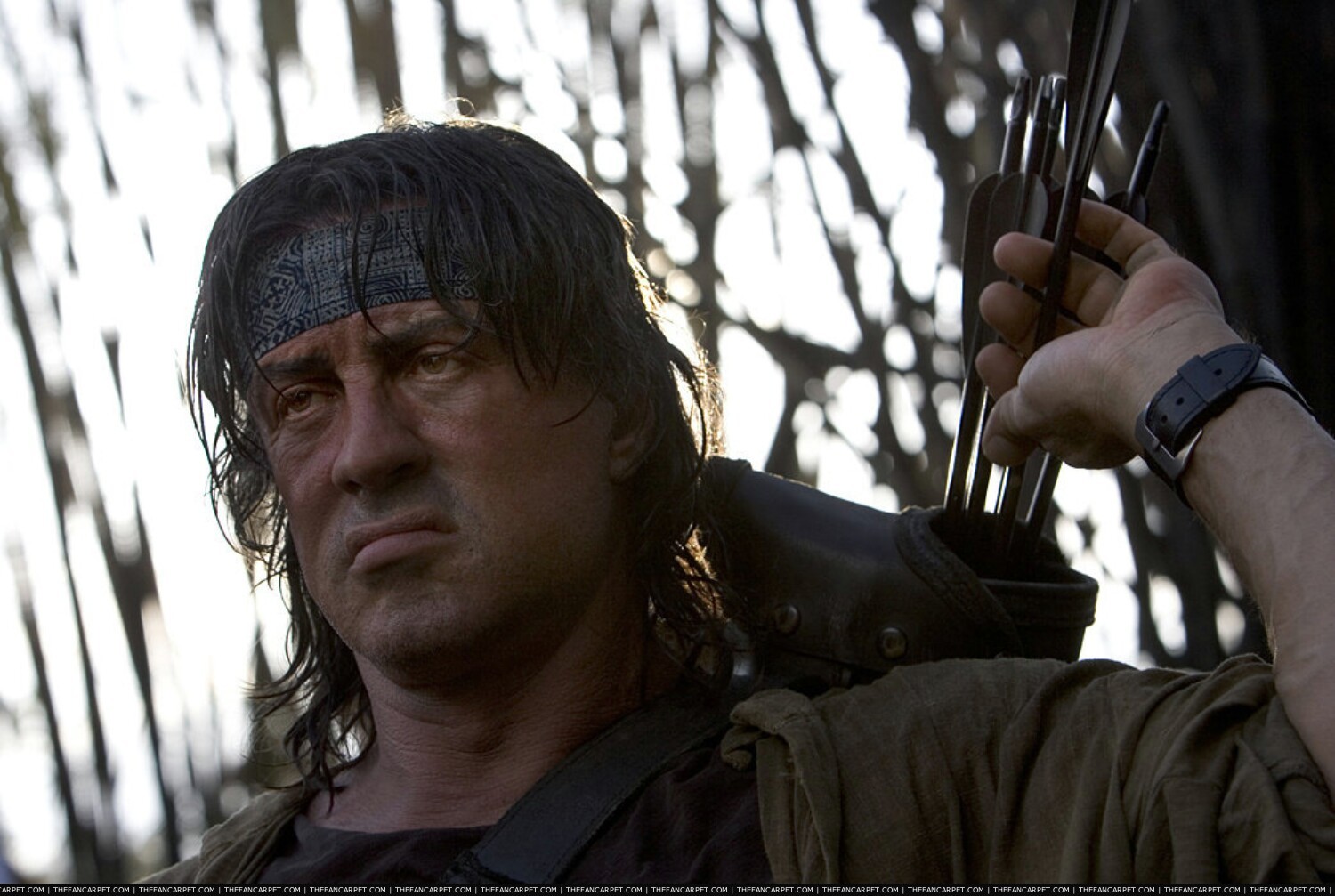 Twenty years after the last film in the series, John Rambo (Sylvester Stallone) has retreated to northern Thailand, where he’s running a longboat on the Salween River. On the nearby Thai-Burma (Myanmar) border, the world’s longest-running civil war, the Burmese-Karen conflict, rages into its 60th year. But Rambo, who lives a solitary, simple life in the mountains and jungles fishing and catching poisonous snakes to sell, has long given up fighting, even as medics, mercenaries, rebels and peace workers pass by on their way to the war-torn region.

That all changes when a group of human rights missionaries search out the “American river guide” John Rambo. When Sarah (Julie Benz) and Michael Bennett (Paul Schulze) approach him, they explain that since last year’s trek to the refugee camps, the Burmese military has laid landmines along the road, making it too dangerous for overland travel. They ask Rambo to guide them up the Salween and drop them off, so they can deliver medical supplies and food to the Karen tribe. After initially refusing to cross into Burma, Rambo takes them, dropping off Sarah, Michael and the aid workers…

Less than two weeks later, pastor Arthur Marsh (Ken Howard) finds Rambo and tells him the aid workers did not return and the embassies have not helped locate them. He tells Rambo he’s mortgaged his home and raised money from his congregation to hire mercenaries to get the missionaries, who are being held captive by the Burmese army. Although the United States military trained him to be a lethal super soldier in Vietnam, decades later Rambo’s reluctance for violence and conflict are palpable, his scars faded, yet visible. However, the lone warrior knows what he must do…