The Last King Of Scotland | The Fan Carpet

The Last King Of Scotland 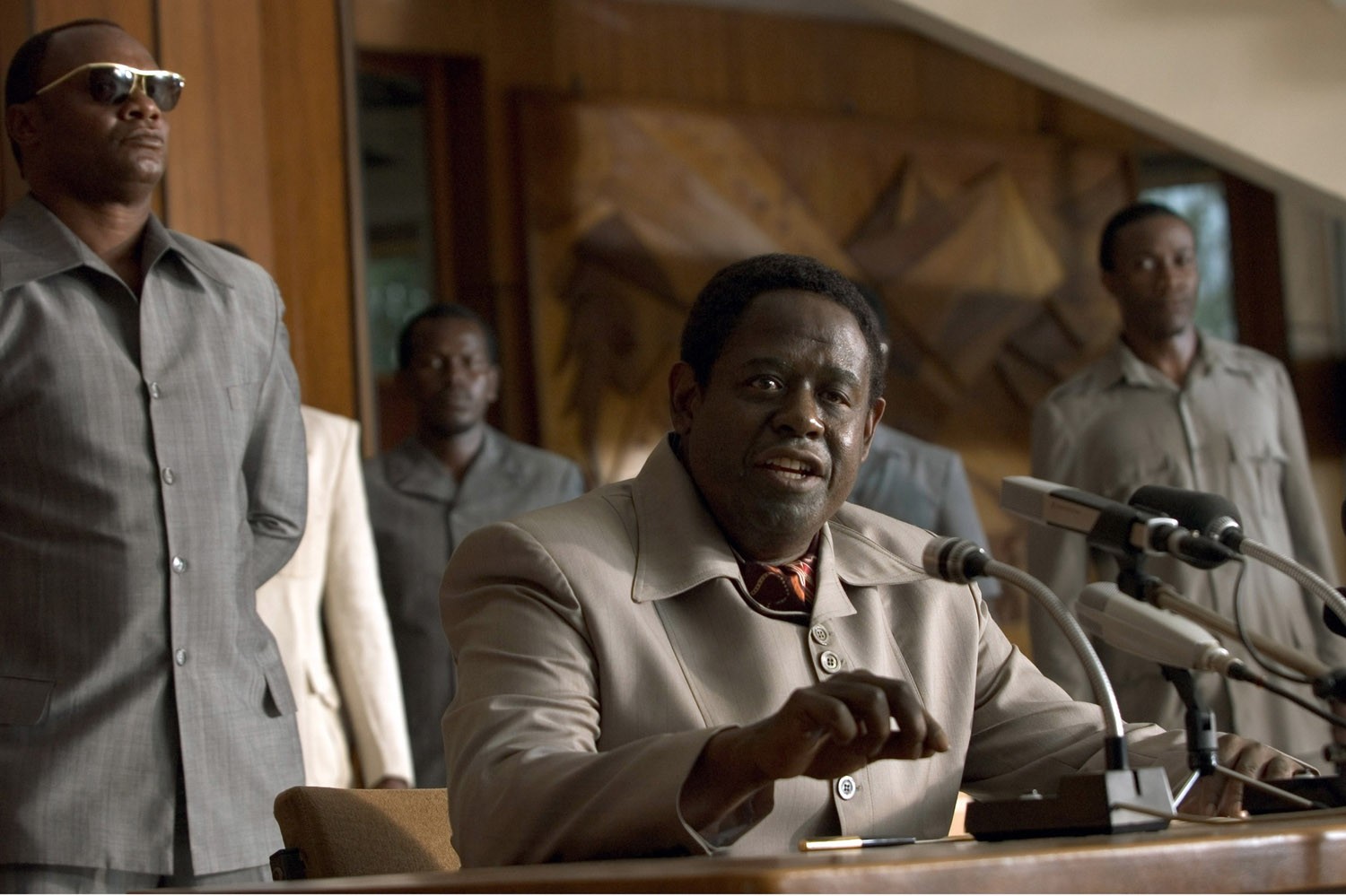 It was supposed to be a wild adventure in a far-off country, but when a naive young doctor arrives in 1970’s Uganda – hoping for fun, sun and to lend a helping hand — he finds himself instead on a shocking ride into the darkest realm on earth: the human heart. This is the story of THE LAST KING OF SCOTLAND, a powerful thriller that recreates on screen the world of Uganda under the mad dictatorship of Idi Amin. Deftly mixing fact and fiction and startlingly resonant with today’s world, the film features a tour de force performance from Forest Whitaker as Amin and carves two unforgettable portraits: one of a charismatic but psychopathic ruler who ravaged his country and the other,,of a witness to history who finally finds the courage to make a stand.

It all begins as handsome Scottish physician Nicholas Garrigan (James McAvoy), fresh out of med school, jets off to Uganda, looking for excitement, romance and the joy of helping a country that truly needs his medical skills. Soon after his arrival, Garrigan is called to the scene of a bizarre accident: Idi Amin, the country’s newly installed leader, has smashed his Maserati into a hapless cow. Boldly taking the chaotic situation under control, Garrigan impresses Amin as brazenly forthright. Already obsessed with Scottish history and culture, Amin takes an instant liking to Garrigan and soon offers him the unlikely job of becoming his personal physician.

It’s an offer so incredible, the doctor cannot refuse – and thus is started his odyssey into the inner circle of one of Africa’s most horrific reigns of terror. At first, Garrigan is seduced by Amin’s famously charming personality and ambitious plans for Uganda, not to mention the ruler’s passion for fast cars, beautiful women and glamorous parties. As time goes on, seduced by his own desire for power,, Garrigan becomes the dictator’s confidante, consultant and right hand man, witnessing increasingly unsettling events — kidnappings, assassinations and unspeakable atrocities in which he himself may be complicit. Trapped in the moral abyss of Amin’s murderous megalomania, Garrigan nearly loses his soul. But when he finally dares to try to stop the insanity, he winds up in a desperate fight for survival.