The Zookeeper | The Fan Carpet 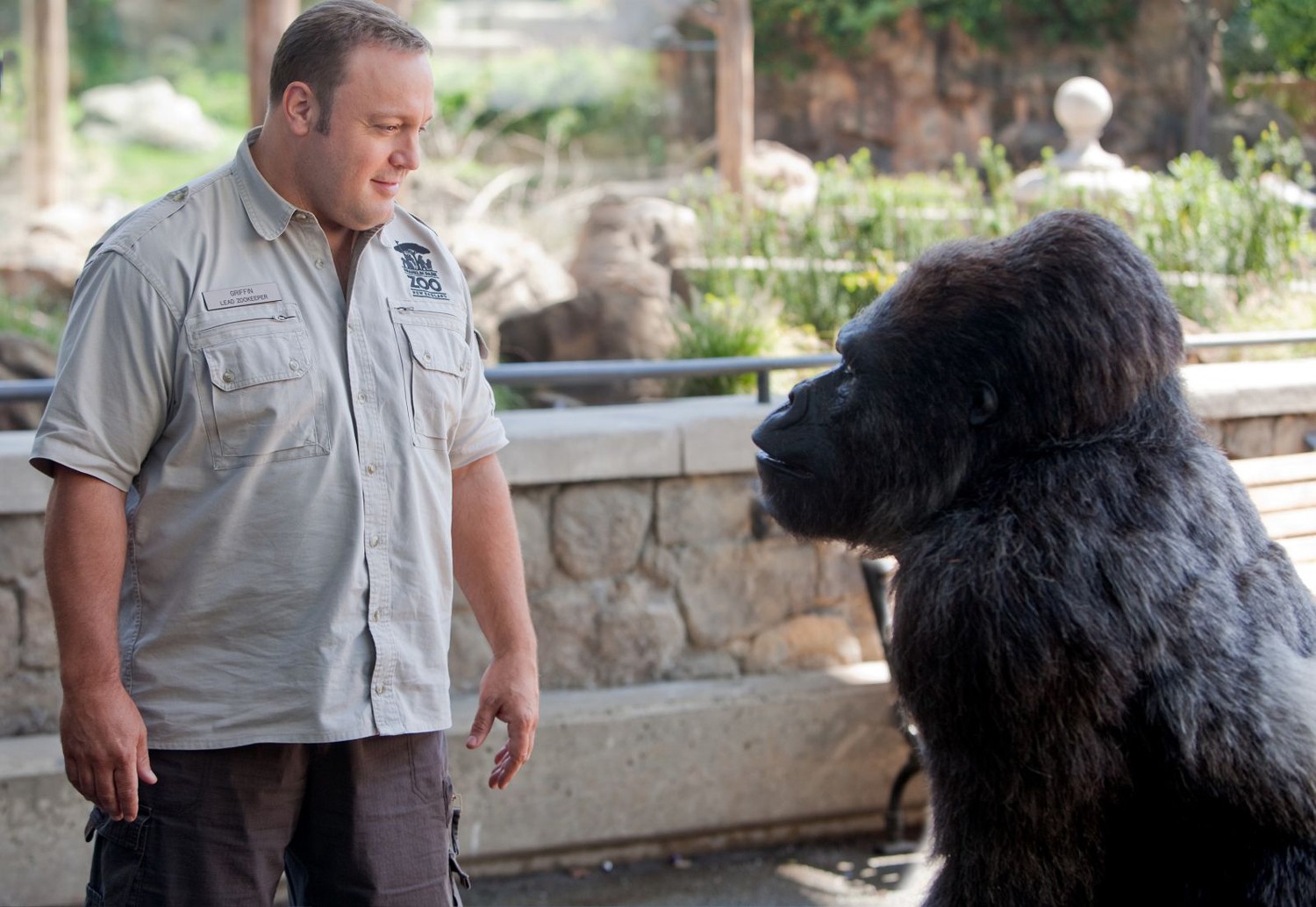 In Zookeeper, the animals at the Franklin Park Zoo love their kindhearted caretaker, Griffin Keyes (Kevin James). Finding himself more comfortable with a lion than a lady, Griffin decides the only way to get a girl in his life is to leave the zoo and find a more glamorous job.  The animals, in a panic, decide to break their time-honored code of silence and reveal their biggest secret: they can talk!  To keep Griffin from leaving, they decide to teach him the rules of courtship – animal style.  The film also stars Rosario Dawson and Leslie Bibb and features the voices of Cher, Nick Nolte, Adam Sandler, and Sylvester Stallone.

Talk about typecast actors. Kevin James is definitely one of them: holed up in his everlasting rendition of the fat, clumsy, uncool but soft hearted guy we’ve seen him portraying so often on the big screen, he now swims in it with confident ...