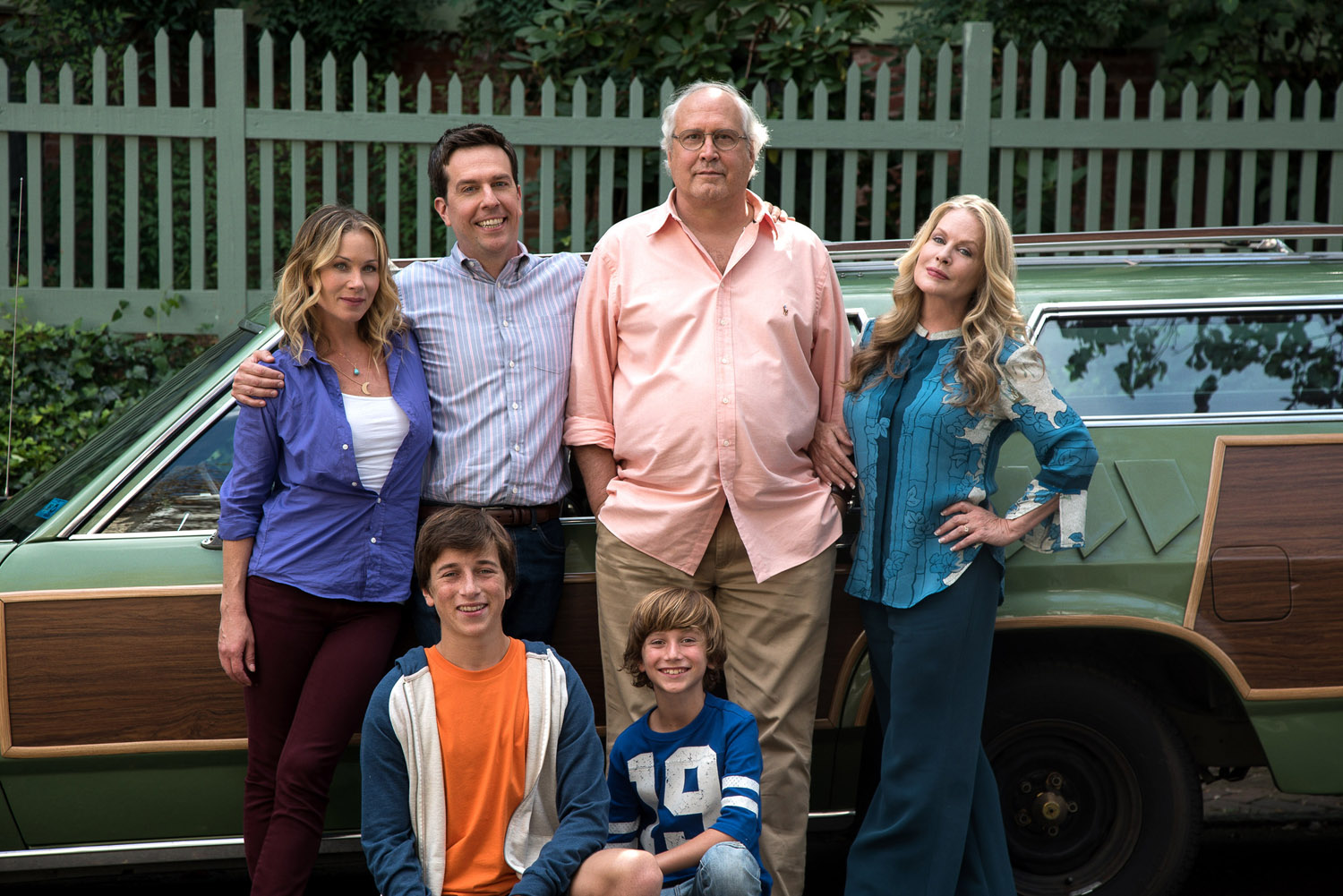 Vacation. The next generation of Griswolds is at it again. New Line Cinema’s “Vacation,” starring Ed Helms (“The Hangover” films) and Christina Applegate (the “Anchorman” films), takes the family on the road for another ill-fated adventure. The film marks Jonathan Goldstein and John Francis Daley’s directorial debut.

Following in his father’s footsteps and hoping for some much-needed family bonding, a grown-up Rusty Griswold (Helms) surprises his wife, Debbie (Applegate), and their two sons with a cross-country trip back to America’s “favourite family fun park,” Walley World.

Rounding out the cast are Leslie Mann (“The Other Woman”) as Rusty’s sister, Audrey; Chris Hemsworth (the “Thor” films) in the role of Stone Crandall, Rusty’s irritatingly successful brother-in-law; and Skyler Gisondo (“Night at the Museum: Secret of the Tomb,” “Hard Sell”) and Steele Stebbins (“A Haunted House 2”), who play Rusty’s sons, James and Kevin. Chevy Chase and Beverly D’Angelo reprise their roles as Clark and Ellen Griswold from the classic “Vacation” comedies.

Having no recollection or understanding of the original 1983 Vacation neither matters nor makes any difference to your viewing experience. As Rusty (Ed Helms) tells his brace-faced son, James (Skyler Gisondo), that this isn’t going to be a simpl...