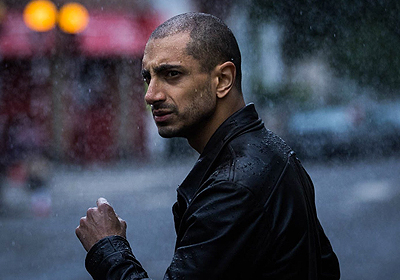 Riz Ahmed’s career has been rising and rising since his standout supporting turn in 2014’s Nightcrawler, which he followed up with great film roles in Jason Bourne and Rogue One: A Star Wars Story as well as on TV in The Night Of, The OA and Girls.

Now he’s finally got a starring film role in the City of Tiny Lights, in which he is in almost every frame. He plays private investigator Tommy Akhtar, who is approached by prostitute Melody (Cush Jumbo), whose hooker friend Natasha has gone missing after meeting a client.

Tommy gets on the case and when he tracks down the location of Natasha’s rendezvous, he doesn’t find her but a dead man, who has business connections with Tommy’s old school friend Lovely (James Floyd) and the local Islamic Youth League. Tommy ends up with more than he bargained for and seems to be a bit out of his depth.

Alongside this, Tommy reunites with old school friend Shelley (Billie Piper), who he hasn’t seen in years since a tragedy, which is revealed slowly through a series of flashbacks.

I have seen City of Tiny Lights twice but I have still not fully grasped the twists and turns of the case because developments seem to be said in a rushed way, or in mumbled speech, or they involve many names so it’s hard to remember who’s who, which is a shame because the film itself has a very slow and plodding pace, with many repetitive brooding shots of Ahmed smoking and pondering life.

The subplot with Piper, in which Tommy has to come to terms with his past, is more engrossing than the main case because that takes so long to develop whereas Tommy’s feelings for Shelley are obvious straight away and you can get behind their romance.

The film is largely dark and gritty and shows an area of London not usually seen on the big screen. There is a lot of humour and comedic dialogue which felt slightly odd tonally but also very welcome. It made the movie lighter and broke up the serious and moody vibe. Ahmed got some particularly witty and stinging lines of dialogue but the main comedy genius was Roshan Seth who plays his ailing father Farzad, who is the most likeable character.

Ahmed makes the film, completely carrying it and elevating the so-so material, which would have been less interesting without him. In City of Tiny Lights, Riz Ahmed proves why he’s one of Britain’s most promising actors with a stellar performance.