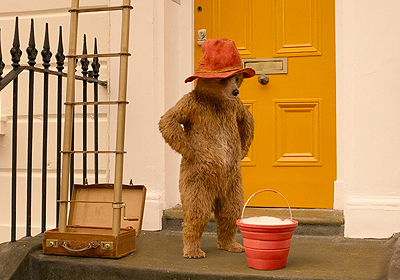 "quite simply a delight from start to finish"

Back in 2014, Director Paul King brought the beloved Peruvian bear Paddington, from the late, great Sir Michael Bond, to the big screen in all its live action glory at the time, some of the production photos from the film looked a tad creepy to some, however when the film hit, it hit big and was a delight to audiences old and new.

Fast forward to 2017, and King and his creative team are back with Paddington 2, and it is quite simply a delight from start to finish. From the outset Paddington 2, is just sweet and hilarious, in the film we see Paddington (voiced once again by the brilliant Ben Whishaw) now settled into life with the Brown’s and is accepted by the majority of his neighbours, this time around, he looks to get a job so that he can buy a Pop-Up Book that he falls in love with at Mr Gruber’s (Jim Broadbent) shop, that he feels is the perfect Birthday gift for his Aunt Lucy (Imelda Staunton).

Through his hilarious antics trying to get job, with hilarious antics in the Barber's shop and as a window cleaner, he crosses paths with Phoenix Buchanan (Hugh Grant) a down on his luck, self absorbed Actor who takes a liking to the book Paddington wants to buy and ends up framing the young and naive bear for steeling it, what follows is Paddington’s exploits in prison, at first he isn’t liked, until he befriends the prison “chef” Knuckles McGinty (Brendan Gleeson).

Gleeson is brilliant, channeling his Mad Eye Moody persona into a gruff, heart of gold fellon and Broadbent is once again a treasure and a welcomed sight in any production he is a part of, this time around he has a larger role, same can be said for Peter Capaldi, who has an expanded role as Mr Curry, a sort of antagonist to Paddington.

I for one cannot wait to see what they do next, putting Paddington behind bars was just genius, with so much material to mine from, its hard to say where they’ll go from here with a third film, but one thing’s for sure; if they keep the heart and the quality the same, this is a franchise that Sir Michael Bond would be proud of, may he rest in peace, and I'll be there to see it!

In short, Paddington 2 is a triumph; it continues the promise of its predecessor by giving the audience everything they loved about the first film and enhancing it in an organic way. Often times with sequels, filmmakers believe they have to make it bigger and better, but what Paul King, his writing partner Simon Farnaby and the creative team behind this enchanting film understand is that a sequel can be just as good as the original if you keep its heart the same, and with Paddington 2 they do just that.